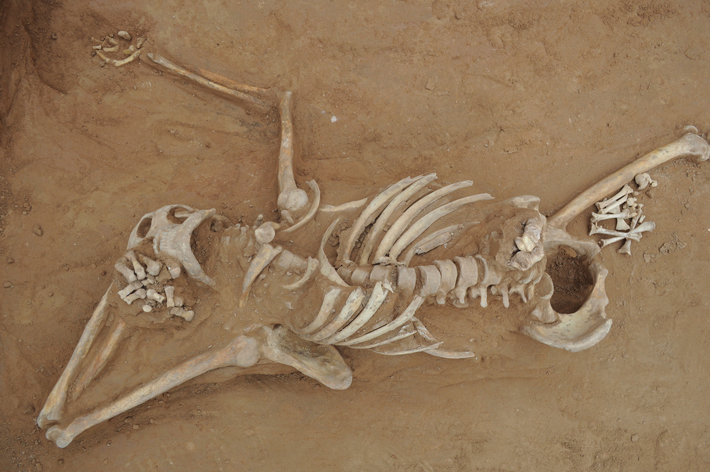 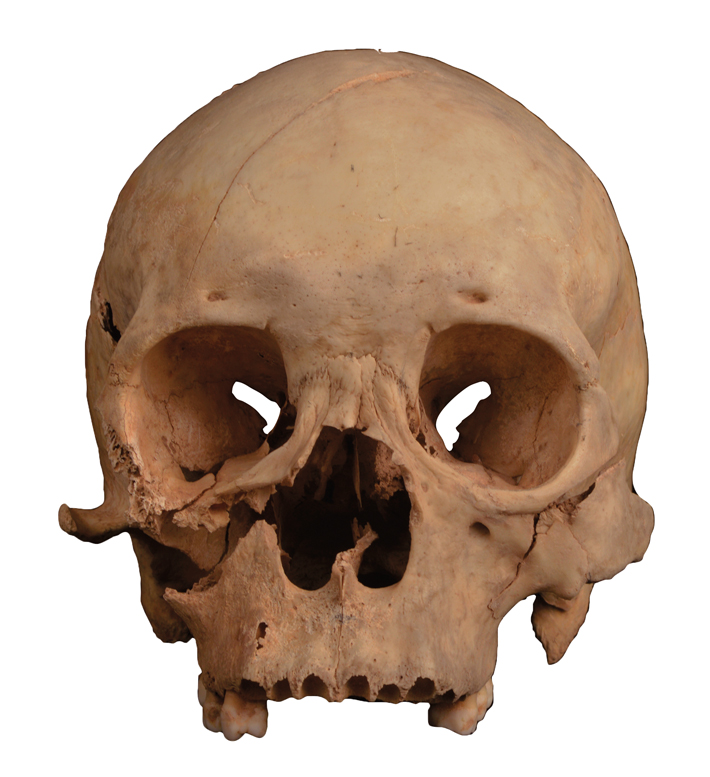 When archaeologists discovered the skeleton of a 25-year-old man partway down a looter’s shaft in a large tomb in the Ningxia region of northern China, they initially believed he had been one of the robbers. However, a new analysis led by Qian Wang, an anthropologist at Texas A&M University’s College of Dentistry, has revealed an even more sinister scenario. The man was found around six feet belowground, but the looter’s shaft extends another 15 feet to the burial chamber floor. Given that the shaft appears to have filled in naturally, the team determined that the man was, in fact, the victim of a vicious assault that occurred long after the tomb was looted.

Radiocarbon dating showed that the man died during the seventh century A.D., whereas the tomb’s inhabitants—a man, woman, and child—had been buried at least 700 years earlier. When the team examined the man’s skeleton, they documented evidence of 13 sharp-force wounds on his bones. “He has cut marks on the top of his head, the back of his skull, and especially on his ribs,” says Wang. “The right half of his face was almost cut off.” Researchers concluded that the man was brutally assaulted and then thrown into the shaft—likely while still alive—in an apparently successful attempt to cover up the crime.