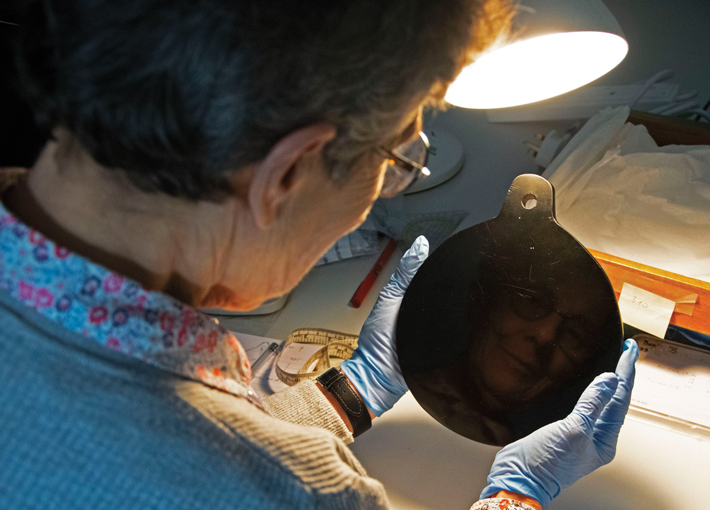 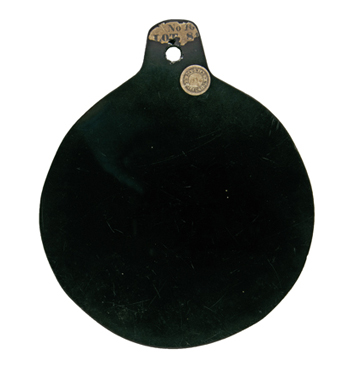 Researchers have determined that an obsidian mirror believed to have been owned by the sixteenth-century English polymath John Dee originated in the Aztec world. Dee served as a scientific adviser and astrologer to Queen Elizabeth I (r. 1558–1603). Like many Renaissance scholars, he was deeply immersed in occult practices and regularly attempted to communicate with spirits. One of the tools Dee is believed to have used in his magical pursuits is a circular obsidian mirror now in the British Museum. Notes attached to the mirror in the eighteenth century identify it as “The Devil’s Looking-glass” and “The Black Stone into which Dr Dee used to call his Spirits.”

The Aztecs used obsidian mirrors of this sort to divine the future, and a number of these objects were brought to Europe following the conquest of Mexico in the early sixteenth century. To determine whether Dee’s mirror was one of these imports, a team led by archaeologist Stuart Campbell of the University of Manchester measured the proportions of various elements in the obsidian. The researchers found that the mirror’s chemical signature closely matches that of obsidian from Pachuca, Mexico, one of the Aztec Empire’s main sources of the volcanic glass. “This helps us understand the mirror as an Aztec object,” says Campbell. “The fact that it already had Aztec associations of divination and being able to see what’s not immediately apparent was seized on by John Dee and added value to the object from his point of view.”