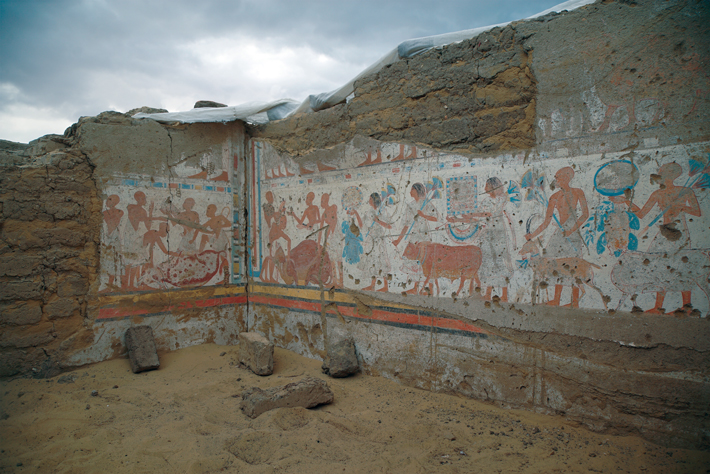 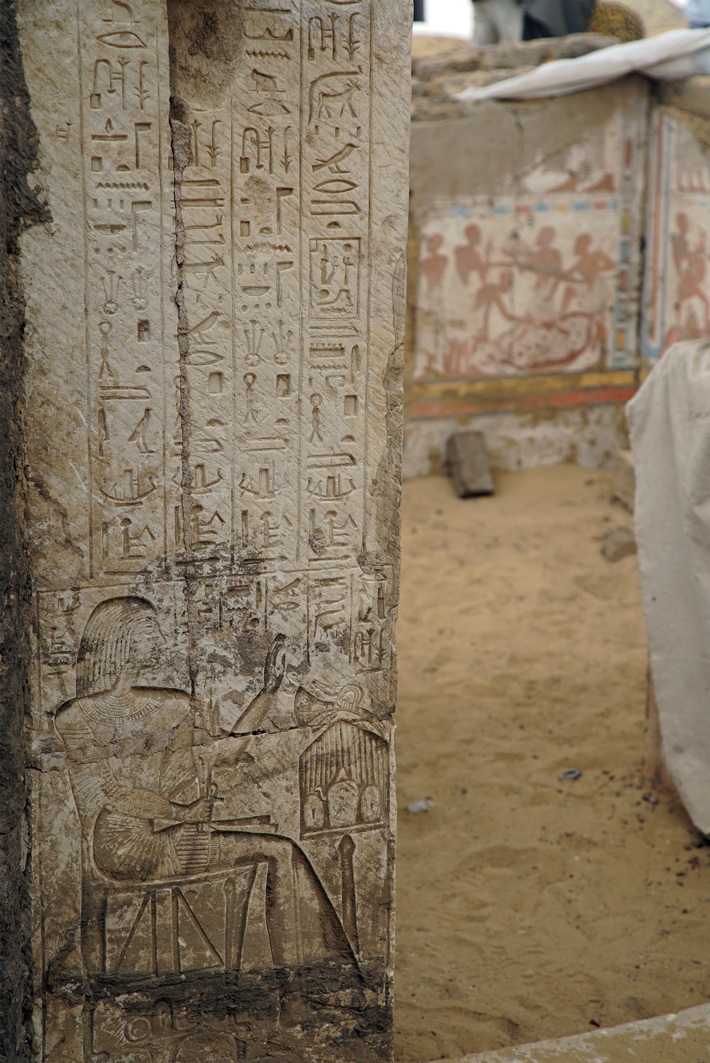 At the ancient Egyptian necropolis of Saqqara, archaeologists have unearthed the tomb of Ptah-M-Wia, an economic minister under the 19th Dynasty pharaoh Ramesses II (r. ca. 1279–1213 B.C.). Like the adjacent burials of other officials of the period, the mudbrick tomb is laid out in the style of a temple, with an entranceway, two courtyards, and, at the western end, a chapel where funerary rites were performed. The plastered walls of one of the courtyards are decorated with paintings depicting the sacrifice of a bull and a procession of people bearing offerings. In the other courtyard, which contains Ptah-M-Wia’s as-yet-unopened burial shaft, excavators found seven square pillars inscribed with the djed symbol, which is associated with Osiris, the god of the underworld.

Inscriptions on limestone blocks at the tomb’s entrance list the various titles Ptah-M-Wia held throughout his career. “He was the head of the treasury of the temple of Ramesses II in Thebes,” says archaeologist Ola El Aguizy of Cairo University. “He was also the head of cattle and head of offerings to all the gods of Upper and Lower Egypt.” It’s unclear how long Ptah-M-Wia lived, who his relatives were, and whether his tomb was built before or after those nearby. Says El Aguizy, “We have to uncover the rest of the tomb and go into the burial shaft to better understand his life and genealogy.”