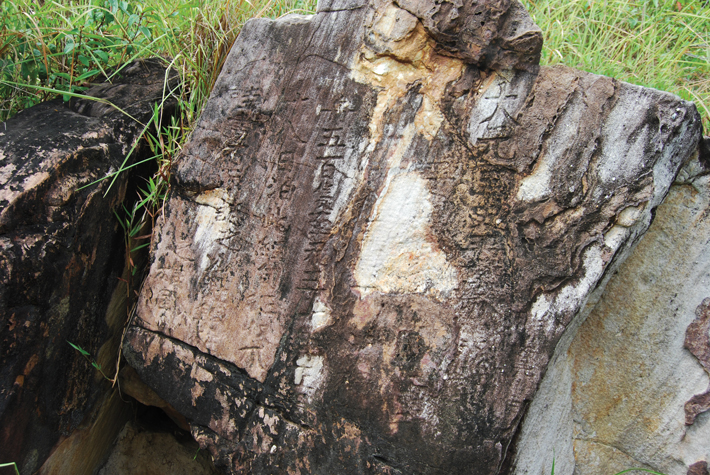 Kublai Khan’s horse-mounted warriors may have been the terror of the Asian steppe, but they were much less fearsome when they had to brave the waters of the Pacific to do battle. In 2017, locals on the Indonesian island of Serutu discovered a sandstone boulder carved with Chinese characters. In 2021, scholars published a translation of the inscription, revealing that it records the attempted invasion of the Singhasari Kingdom on Java by the khan’s forces in 1293. Prior to the invasion, the fleet spent about a month on Serutu preparing for battle.

Hsiao-chun Hung, a specialist in Asian archaeology at Australian National University, who worked on the translation, notes that the inscription mentions 500 ships. Previously, scholars had been unclear how many vessels the khan had in his fleet. The inscription also betrays the invaders’ optimism. It mentions “copper columns,” which is an allusion to a battle the khan’s armies had won in what is now Vietnam. “They think it will be very easy to conquer the Singhasari Kingdom,” says Hung. “Kublai Khan says they are just small islanders, they are just barbarians.” A year later, the defeated invaders sailed back to China in what was left of their fleet.