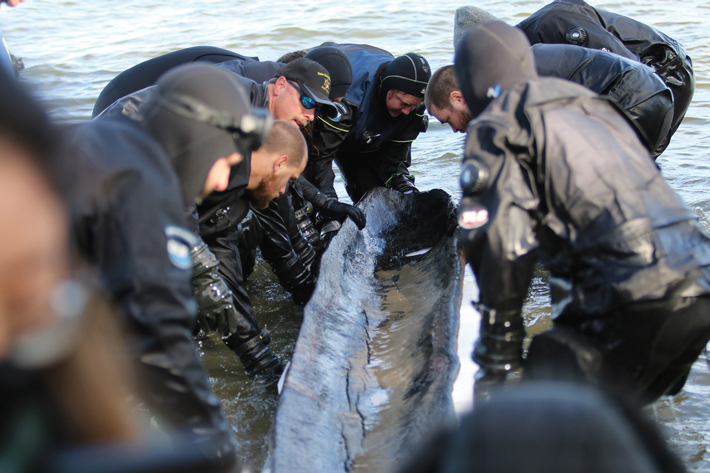 While on a recreational dive last summer in Wisconsin’s Lake Mendota, Wisconsin Historical Society archaeologist Tamara Thomsen discovered an ancient dugout canoe carved from a single white oak. Resting on the lake bottom 27 feet underwater, the canoe contained seven notched stones of a type known as net sinkers that were used to hold down fishing nets. Photos of the canoe showed it to be in such pristine condition that Wisconsin state archaeologist James Skibo suspected it had been made recently. But radiocarbon dating showed it was in use around A.D. 800, likely by ancestors of today’s Ho-Chunk Nation. Indigenous people in the region traditionally submerged their canoes in shallow water in the fall to protect them during the winter months and then recovered them in the spring. Skibo notes that in the past archaeologists have found ancient canoes that were likely stored in this manner. “This canoe, which was recovered in deeper water with net sinkers, has a different story,” he says. “It likely sank while being used as a fishing boat.” The canoe has been raised from the lake and is now being conserved. 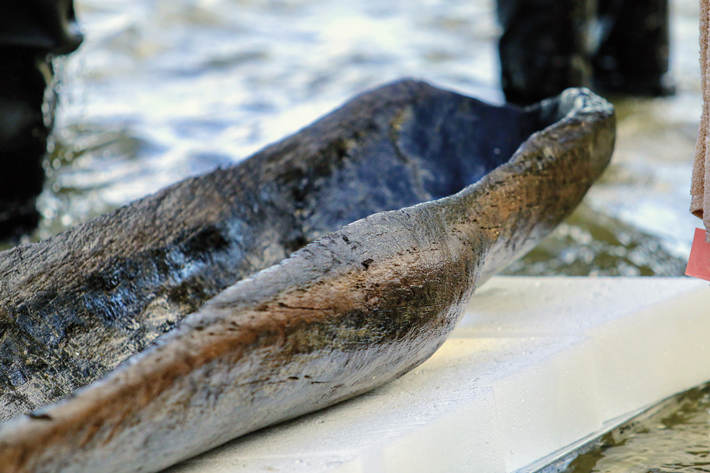