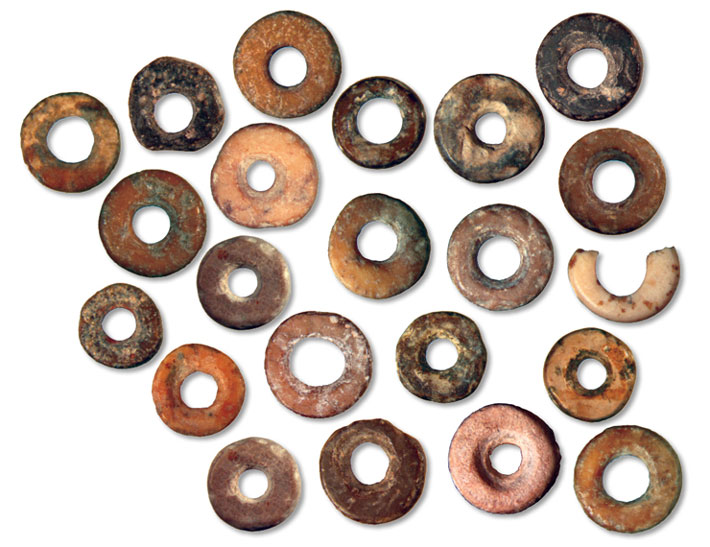 About 0.4 inches in diameter

Eggshells may not seem like the best material with which to make something built to last, but ostrich eggshells can withstand the weight of a bird of up to 350 pounds sitting on them during incubation. For the Paleolithic hunter-gatherers living in eastern and southern Africa, an ostrich nest was a wealth of material, and once the chicks hatched, the shells left behind didn’t require special skills to collect, explains archaeologist Jennifer Miller of the Max Planck Institute for the Science of Human History. “The shells are extremely strong and an ideal material to make something, like beads, that you want to be durable but lightweight,” she says. According to Miller and Max Planck Institute paleoclimatologist Yiming Wang, tracing where Paleolithic ostrich eggshell beads are found—and when they disappear from the archaeological record—tells a story of changes in the landscape upon which people depended. 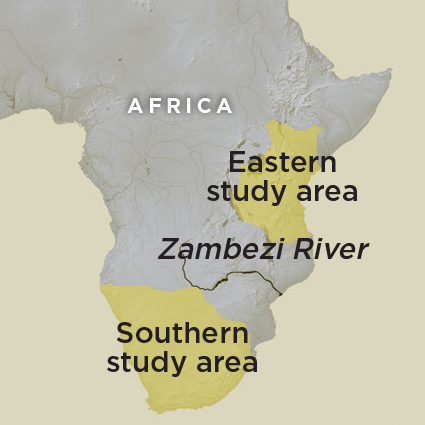 Miller and Wang have cataloged and analyzed 1,516 beads and found that, even though they were made by groups separated by as much as 2,000 miles, styles that people developed early on remained nearly unchanged for a period of more than 15,000 years—rare, very ancient evidence of cultural behavior shared by people living across a wide landscape. “Using symbolic items like these beads to communicate is one of the unique traits of our species,” Miller says. “The beads were valuable and could have been traded for other goods or given as gifts the way they still are today.”

About 33,000 years ago, these beads disappeared in southern Africa, but were still commonly made in the continent’s east. Wang suggests that this might signal varying ways people adapted to climate change. Increased rainfall led to flooding of the Zambezi River catchment, which bridges eastern and southern Africa. This flooding may have blocked connections between the east and south. While the east remained fertile, Wang explains that after the climate shifted, the south may have only supported smaller population groups in which people no longer needed to invest in something like making beads.