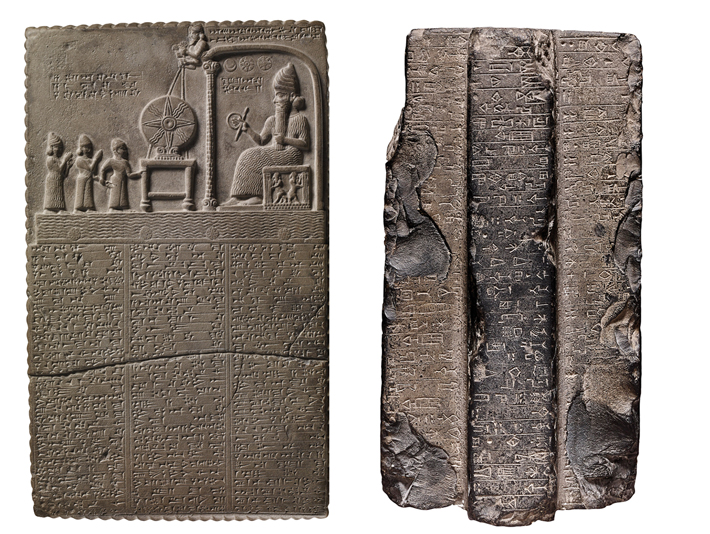 All Neo-Babylonian kings revered Mesopotamia’s deep past, but Nabonidus’ (r. 556–539 B.C.) obsession was particularly acute. “Usurpers often looked to the past for legitimacy,” says Heidelberg University Assyriologist Hanspeter Schaudig. “With no royal lineage, Nabonidus sought to associate himself with great ancient kings.” Tablets recovered throughout Babylonia, in modern-day Iraq, record that Nabonidus sponsored the renovation of temples and encouraged excavations to locate already-ancient artifacts.

One example of Nabonidus’ commitment to exploring the past comes from the sun god Shamash’s temple in the city of Sippar. Archaeologists digging there in 1881 recovered a small stone monument inscribed with archaic Akkadian writing. The text says that King Manishtushu (r. ca. 2269–2255 B.C.) renovated the temple of Shamash and substantially increased its revenues. Two inscribed clay cylinders found by archaeologists alongside the monument describe how it was discovered during a search of old storerooms ordered by Nabonidus. 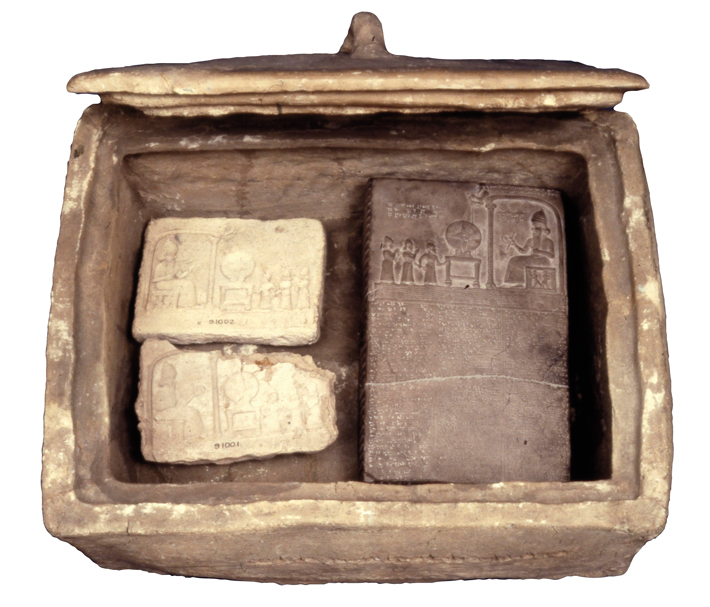 Below the monument was a clay box containing an 11-inch-high schist object now known as the Sun-God Tablet, along with two clay impressions of the tablet. The tablet celebrates the discovery of an antique clay image of Shamash during the reign of King Nabu-apla-iddina (r. ca. 886–853 B.C.). It also established the ancient privileges of the Shamash priests.

Discovering a monument dating to some 1,700 years before his reign must have been a source of great satisfaction to Nabonidus. But in the 1940s, Assyriologists realized that the “ancient” Akkadian writing was actually a much later Neo-Babylonian forgery. The priests of Shamash seem to have produced the monument in secret, and then presented it as a new discovery from the distant past. It’s possible the image of Shamash whose discovery is described on the Sun-God Tablet was also a forgery. The priests were evidently not above faking antiquities to bolster their privileges. One tip-off to the cruciform monument’s true nature might be found at the end of its almost 350 lines of cuneiform text in the phrase “this is not a lie, it is indeed the truth.”