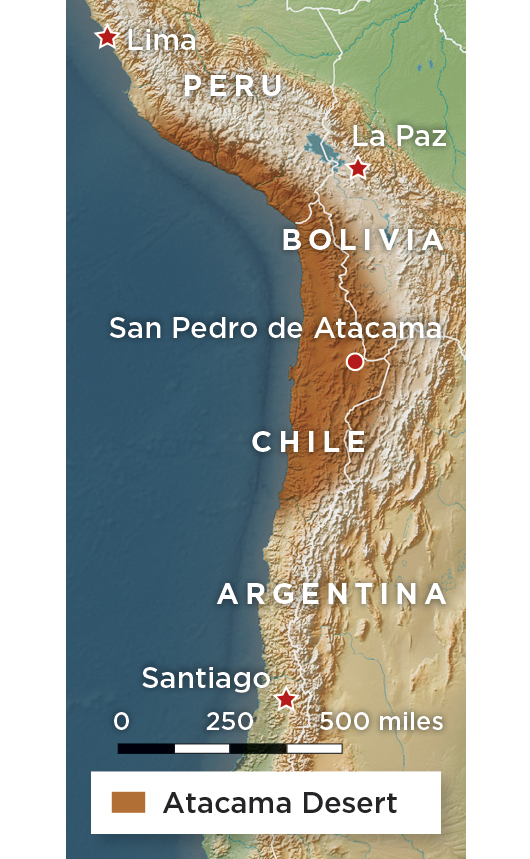 As a central base camp for travelers who want to explore Chile’s Atacama Desert, San Pedro de Atacama is a literal oasis in one of the driest regions on Earth. The town is home to the Atacameños, an Indigenous people who first settled the area 3,000 years ago. The Atacameños, whose ancestors had hunted and gathered in the foothills of the Andes for millennia, relocated to the desert and began to grow maize, which had come to the area from Mesoamerica. They established permanent settlements alongside rivers and salt flats and built exchange networks that spanned thousands of miles across South America. According to archaeologist Mark Hubbe of Ohio State University, evidence of these interregional networks is apparent in burial goods excavated from Atacameño cemetery sites. “Atacameños wanted to represent the status of their dead through burial offerings, many of which were brought in from outside the Atacama region,” he says.

Beginning around A.D. 600, the area came under the influence of the Tiwanaku culture, an Andean civilization based in the Lake Titicaca basin of what is now Bolivia. The Tiwanaku dominated an extensive swath of the Andes until about A.D. 1000 by exporting their religious beliefs, iconography, and ceramics, and, in some cases, by conquering their neighbors. Tiwanaku-style pottery, snuff tablets, and gold objects have been discovered at cemeteries around San Pedro de Atacama. The Inca, seeking to take advantage of the Atacama Desert’s natural resources, including salt and copper ore, built military outposts in the area around 1450. However, Hubbe says, there is no evidence that the Inca ever directly subjugated the Atacameños.

Your hotel can easily arrange tours of the archaeological sites in and around San Pedro de Atacama, which range from the early Atacameño settlement period through the Inca era and beyond. Start at Aldea de Tulor, a village of hundreds of circular clay houses founded in about 300 B.C. that was abandoned when the nearby San Pedro River shifted course. Next, visit Pukará de Quitor, the ruins of a hill fortress dating to around the twelfth century, when the influence of the Tiwanaku had waned and local political leaders jostled for supremacy. Petroglyphs spanning thousands of years can be seen at Yerbas Buenas and at Río Grande, an hour drive north from San Pedro de Atacama. 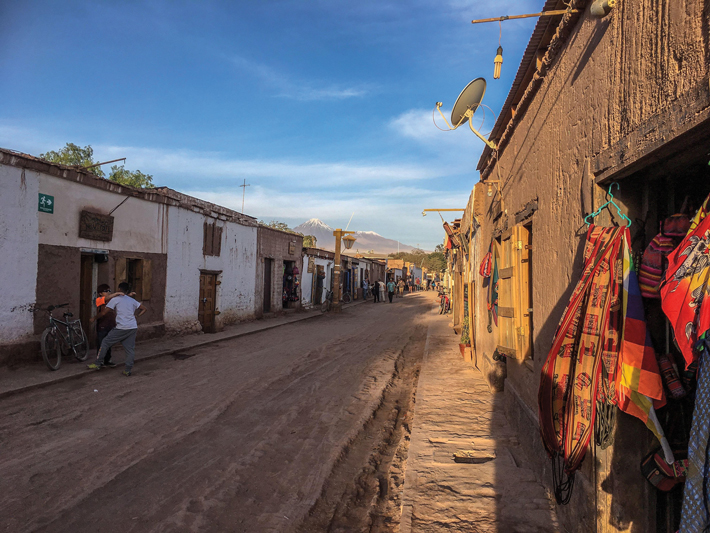 Take in the steam spouting from nearby El Tatio, the third-largest geyser field in the world, or head out to the salt flats where pink flamingos add color to the otherworldly landscape of one of the world’s driest deserts.