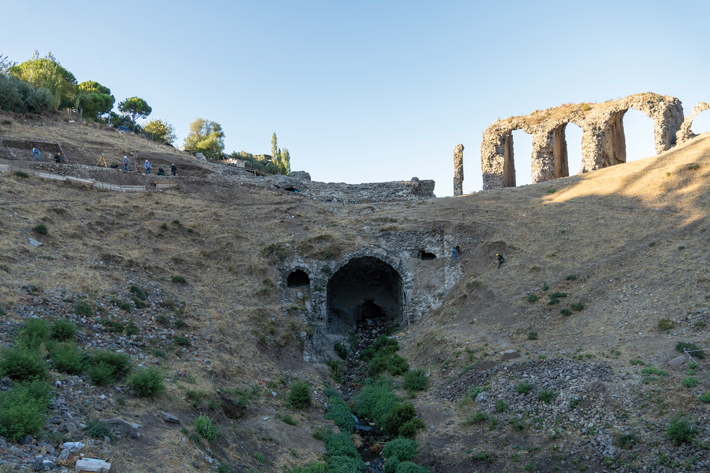 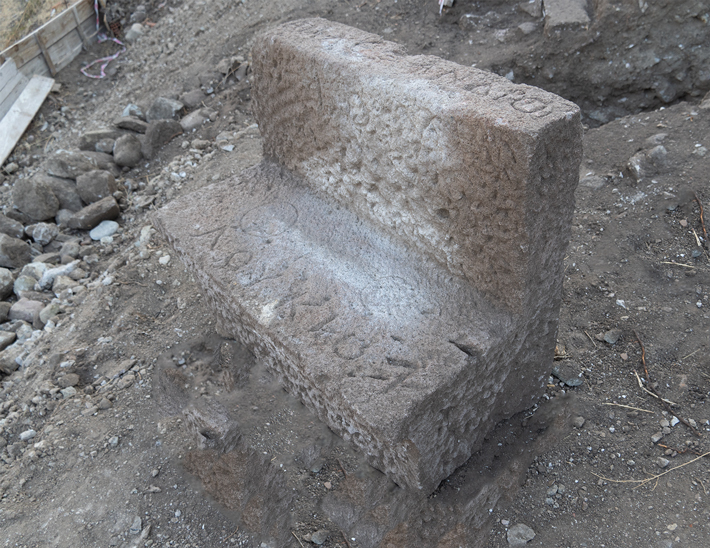 While excavating the Roman amphitheater in western Anatolia’s ancient city of Pergamon, researchers from the German Archaeological Institute (DAI), the Technical University of Berlin, and the University of Zurich uncovered two blocks of seats inscribed with the names of ancient spectators angling for a prime viewing experience. The amphitheater was built in the second century A.D. and could accommodate about 25,000 people. Most of the seats were simple steps made from a cheap, whitish volcanic stone called tufa. The inscribed seats, however, were carved from grayish-black volcanic andesite, which was more expensive. They also had high backs that would have made for a more comfortable day at the arena.

Some names inscribed on these blocks are Greek. Others are Roman names written in Greek letters, such as Λυκιος for the Latin name Lucius. DAI archaeologist Felix Pirson says that a few of the names are chiseled deeply into the stone, suggesting that certain citizens commissioned a stonemason to carve their names, thereby officially claiming the seats. Most of the names, however, are more crudely etched. “People tried to reserve particularly attractive seats for themselves and their family and friends,” Pirson says. “The interesting question is, did other people accept this or not?” For additional images, click here.