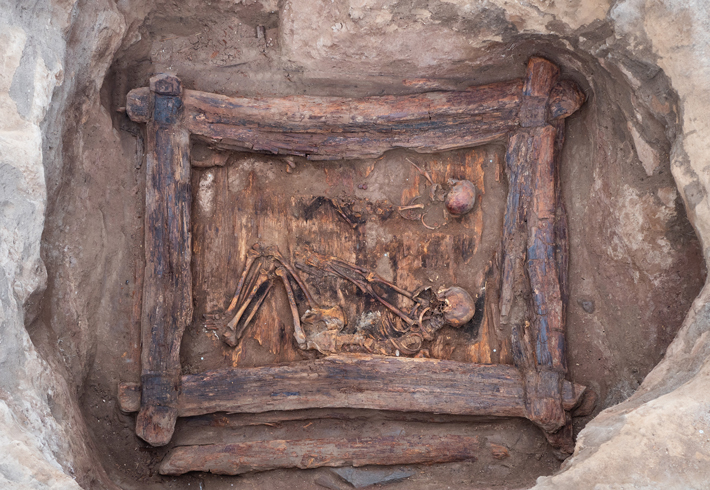 In a valley in Siberia’s Tuva region, archaeologists have discovered a large wooden barrow containing the skeletons of a woman and a young child who were buried around 2,500 years ago with a set of intriguing artifacts. The deceased belonged to the Aldy-Bel culture, a nomadic Scythian people based in the mountainous area just north of the Mongolian border in present-day Russia. Alongside the woman’s skeleton, excavators unearthed an iron knife, a bronze mirror, a wooden comb, and several gold ornaments, including a pectoral in the shape of a sickle or crescent. This type of pectoral has previously been found exclusively in the graves of men and is believed to indicate membership in a selective group or caste, possibly of warriors. “This woman must have played a special role in the tribe,” says Łukasz Oleszczak, an archaeologist at Jagiellonian University. “Maybe she was a shaman or a member of the tribal aristocracy.” To see an additional image of this burial, click here.