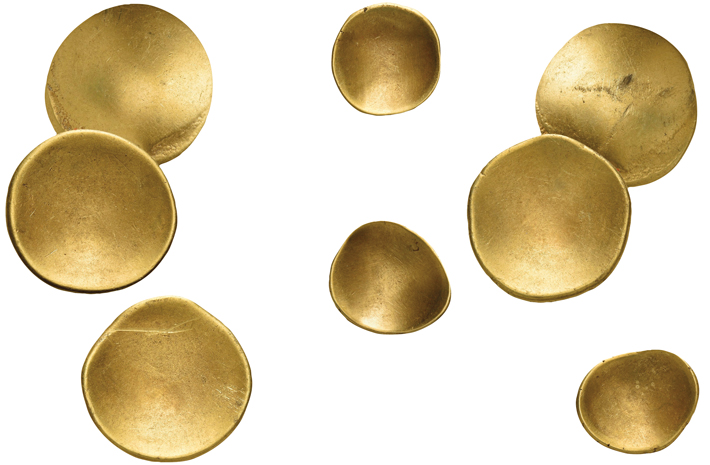 A cache of 41 concave Celtic gold coins has been discovered in the state of Brandenburg in northeastern Germany. The coins have no markings, but numismatist Marjanko Pilekić of the Schloss Friedenstein Gotha Foundation estimates they were minted between 125 and 30 B.C. They are known as “rainbow cups.” According to Pilekić, the nickname dates to around the eighteenth century and derives from the fact that the coins were frequently found by farmers after being revealed by rainfall. Popular lore held that the coins appeared where a rainbow touched the earth—and some believed they were lucky tokens with healing properties. This is the largest hoard of Celtic gold objects to have been found in Brandenburg, which is several hundred miles from areas that are known to have been occupied by Celtic people. It’s unclear how the coins got that far, but Pilekić suggests they were likely transported as a group because they all appear the same. “It’s as if you were to look in your wallet and see only coins produced in a single year from the same mint,” he says.