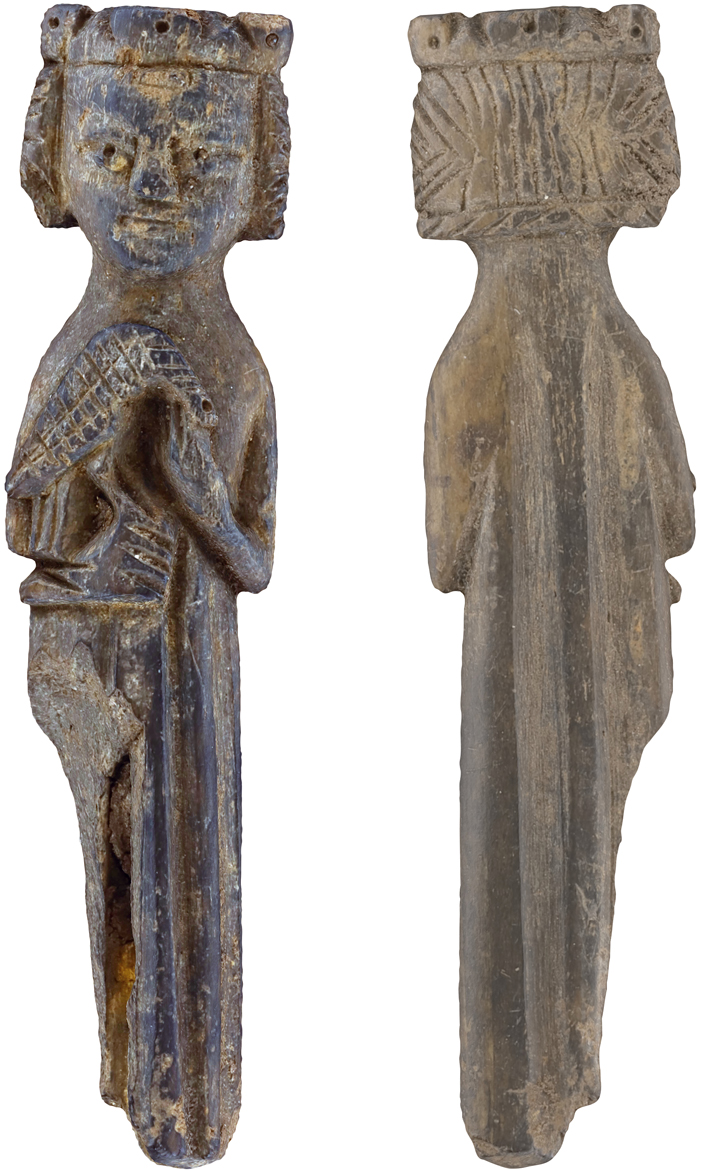 Archaeologists in Oslo have unearthed a three-inch-tall wooden figurine depicting a crowned figure with a falcon perched on its right arm. Based on the figurine’s clothing and hairstyle, it has been dated to the mid-thirteenth century, making it among the earliest known depictions of a falconer, according to Kjartan Hauglid, an art historian at the Norwegian Institute for Cultural Heritage Research. The figurine’s date places it within the reign of Haakon Haakonsson, who was king of Norway from 1217 to 1263 and was known as an avid falconer. It’s possible that the figurine was meant to represent the king, though Hauglid believes it could also represent a young prince or noblewoman.

The figurine has a hollow bottom and was likely designed as a haft for a small knife or hairpin, but Hauglid believes it was discarded shortly after it was crafted. “Most of these knife handles are very worn and have been used for a long time, possibly for generations,” he says. “This one is very crisp and clear in the details and that could be because it was broken and dumped where it was found.”