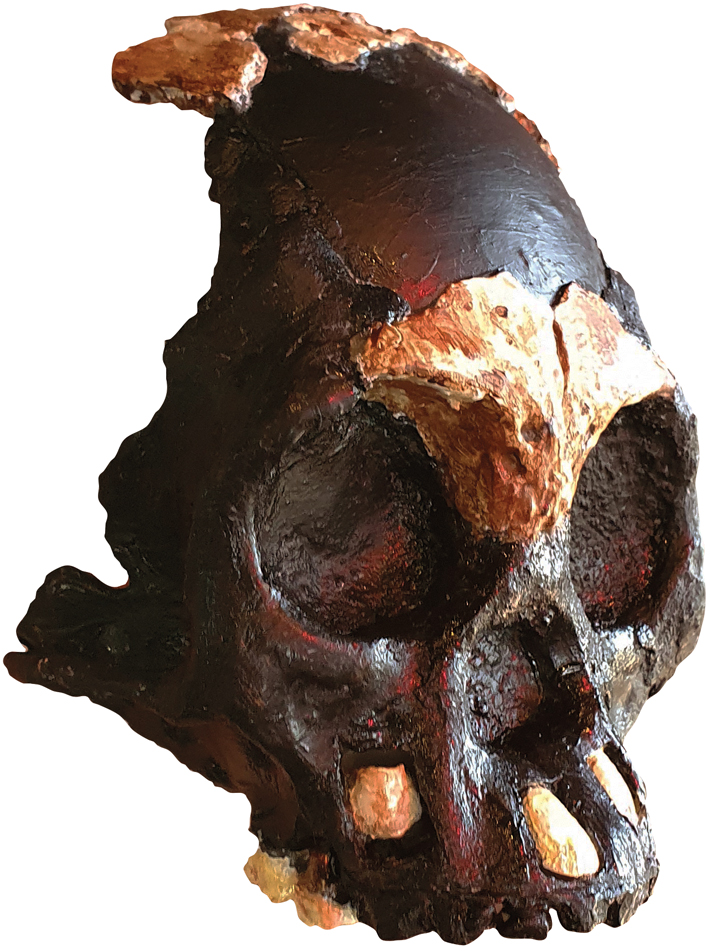 When the skeletal remains of more than a dozen hominins were first uncovered in the Dinaledi chamber of South Africa’s Rising Star cave system in 2013, researchers believed they had discovered a species that lived around two million years ago. The species, which scholars named Homo naledi, shared characteristics with early hominins such as Lucy (Australopithecus afarensis), including a wide-flaring pelvis, apelike shoulders adapted for climbing, and a brain around one-third the size of a modern human’s. But it also exhibited some traits that are very much in line with modern humans, such as the feet and long legs typical of a biped and hands and wrists suited to making tools. Dating of H. naledi remains in 2017 determined that these hominins actually lived between 335,000 and 236,000 years ago—at least a million and a half years later than initial estimates—a period when modern humans also lived on the African continent.

Newly uncovered remains of H. naledi individuals from other chambers deeper within the Rising Star system have now led researchers to conclude that the H. naledi population may have deliberately interred their dead in the caves, challenging conventional notions of the behavior of early humans with small brains, who are presumed to have had limited cognitive abilities.

Paleoanthropologist Juliet Brophy of Louisiana State University says there is no evidence that H. naledi lived in the Rising Star caves—no domestic sites tied to the hominins have been discovered there. It’s likely, she says, that a population of H. naledi lived nearby and knew the caves. The team has now discovered H. naledi specimens in three cave chambers within the system, including at least 15 individuals in the Dinaledi chamber and three in another known as the Lesedi chamber. Among those in the Lesedi chamber was an adult male whom the team named Neo. According to Brophy, Neo’s remains were concentrated in a small area of the chamber and appear to have been placed there deliberately after his death. 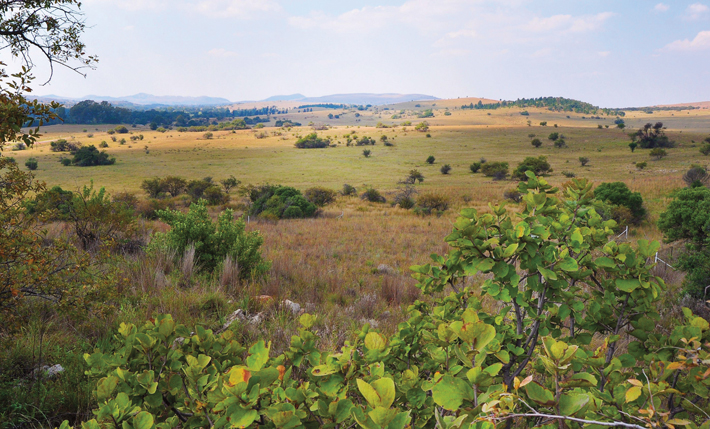 In a third chamber, called U.W.110, the team discovered the skull of a young H. naledi female they named Leti, who died between the ages of four and six. This chamber is more than 260 feet from the entrance to the cave system and is so cramped that the cavers had to excavate upside down. Brophy says there is no evidence on Leti’s skull, or on any H. naledi remains, indicating that the hominins were victims of attacks by predators, such as tooth or gnaw marks, or that any of the fossils were brought into the cave system by flooding. “Someone went to a lot of trouble to deposit this skull in a really remote area,” Brophy says. “When we first told people in the field that we thought H. naledi was deliberately depositing their dead in Rising Star, we were met with resistance, but this is very compelling evidence that they went to a lot of effort.” H. naledi, Brophy says, visited these caves over an extended period to bury multiple generations of their dead, some of whom were as young as one or two and couldn’t possibly have found their way deep into the cave system on their own.

The notion that H. naledi developed a culture of burying their dead has been met with incredulity by some who have questioned whether, with their small brains, the hominins could have developed a concept of an afterlife. Both Brophy and her colleague John Hawks, a paleoanthropologist at the University of Wisconsin–Madison, however, believe this is unnecessary to explain the behavior the team has observed. “Every culture on Earth has mortuary behavior, whether or not their burial practices are related to religion or an afterlife—even nonhuman social mammals undergo emotional and social changes when they encounter a dead individual,” says Hawks. “The appearance of mortuary practices and special behavior around the dead goes back much further in our evolution than any set of beliefs that exists in the world today.”