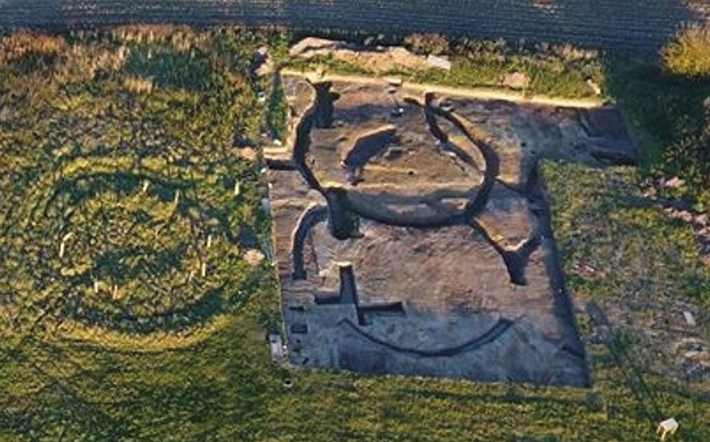 Northwest England is known for its rugged mountains, clear lakes, fields of daffodils, and four lads from Liverpool who changed the history of music. It’s less known for well-preserved archaeological sites, though not because they are absent. Unlike in the south, where large construction projects in recent decades have necessitated extensive archaeological investigations and where the chalky soil preserves materials well, much that remains of the past buried in the northwest’s acidic soil is hidden or lost. But recent excavations at the town of Poulton along the banks of the River Dee in Cheshire have begun to change scholars’ perceptions of this part of Britain, especially in the Iron Age. “Northwest England is thought of as an Iron Age backwater,” says archaeologist Kevin Cootes of Liverpool John Moores University. “But the time capsule of Iron Age life we have found is extraordinary.”

Thus far, Cootes has uncovered at least eight roundhouses, along with ditches filled with household debris dating from the eighth to first century B.C. His finds include more than 20 pounds of pottery vessels used for holding salt, more than 1,000 animal bones, and valuable items such as an iron adze, jet jewelry, bronze brooches, and worked deer antlers. In one of the houses, Cootes unearthed two dog burials—which he thinks may have been sacrifices—60 percent of the site’s animal bones, half of its pottery, and most of its metalwork. Based on these finds, Cootes suggests this may have been a chieftain’s house. “Rivers are the motorways of antiquity, and this is a high-status Iron Age riverside trading settlement,” he says. “We’re beginning to see that this is a vibrant area that is much more similar to high-status sites elsewhere than previously thought.”