While investigating aboveground mausoleums known as chullpas in the Chincha Valley, on the southern coast of Peru, archaeologists have discovered 192 instances of a previously unknown approach among the area’s Indigenous people to honoring the dead: human vertebrae threaded onto reed posts. From around A.D. 1000 to 1400, the region was controlled by the Chincha Kingdom, which formed an alliance with the Inca Empire and was incorporated into it in the fifteenth century. When Spanish colonists arrived in the sixteenth century, they looted the valley’s chullpas, searching for silver and gold. 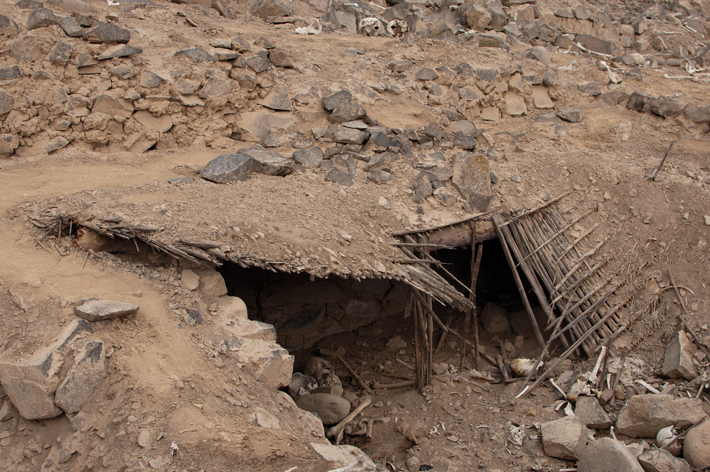 Using radiocarbon dating, the researchers have determined that the individuals whose vertebrae were threaded onto posts likely died between 1520 and 1550, and that the reeds the posts were made of were harvested over the subsequent four decades. According to Jacob Bongers, an archaeologist at the University of East Anglia, the practice appears to have been an attempt by the valley’s Indigenous people to restore the integrity of their ancestors’ remains, which had been buried in textile bundles that were disturbed by looters. “We think these local people found that many of the bundles had been looted and bones had been scattered on the tomb floors,” Bongers says. “So you had people going back into these tombs and attempting to reconstruct their dead by putting the vertebrae on posts.” To see an image of several other chullpas in the Chincha Valley, click here.