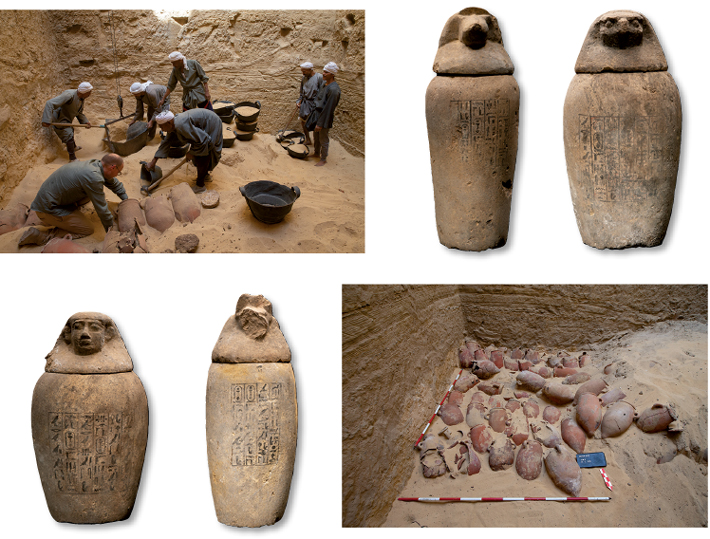 On the western side of the ancient necropolis of Abusir, a team of archaeologists led by Miroslav Bárta of Charles University has unearthed the largest cache of embalming equipment ever found in Egypt. More than 370 vessels were buried in clusters during the second half of the sixth century B.C. in a 46-foot-deep shaft, which seems to be associated with an adjacent, as-yet-unexcavated tomb. 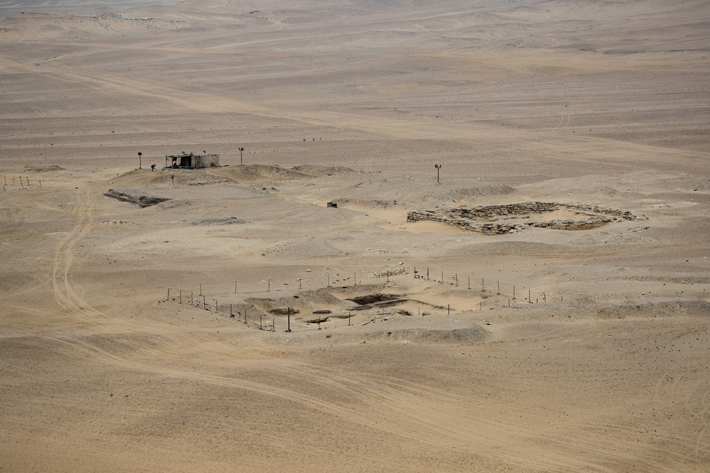 In the top layer of the cache, the researchers discovered four canopic jars, which were typically used to store the embalmed viscera and organs that were removed during mummification. “These jars should have been buried with the deceased in his tomb, but they were discovered clean and empty in the cache,” says Egyptologist Jiří Janák of Charles University. “We are still trying to determine whether they were copies, used only symbolically, or used for storage during the embalming process.” Inscriptions on the jars identify the deceased, Wahibre-mery-Neith, who is likely interred in the unopened tomb, and his mother, Lady Irturu. Janák suggests Wahibre-mery-Neith and Irturu may have been relatives of two individuals buried in a tomb within 165 feet of the embalming cache. He says this may be evidence that this area of Abusir was an elite family cemetery. For additional images, click here.