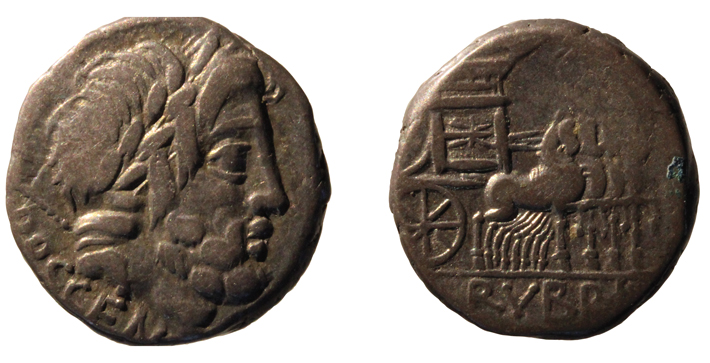 In his work De Officiis, the first-century B.C. Roman author and orator Cicero alludes to a currency crisis that occurred around 86 B.C. “The coinage was being tossed around,” he writes, “so no one was able to know what he had.” Previous researchers who sampled metal from the surfaces of silver denarius coins from the period found only a slight decline in their purity. Now, a team led by archaeologists Kevin Butcher of the University of Warwick and Matthew Ponting of the University of Liverpool has drilled metal from the cores of coins and found evidence of a brief period of dramatic currency debasement.

Until 90 B.C., denarii were pure silver. They were then cut with increasing amounts of copper until the cheaper metal constituted up to 14 percent of the coins’ contents. “Because the Romans had been used to very pure silver coinage, that would have caused a loss of confidence in the value of the denarius,” says Butcher. At the time, Rome was entangled in several wars whose cost apparently led to the currency’s loss of value. “When you get to that level of debasement, you start to see changes to the color of the metal,” says Ponting. “People probably began to notice that things weren’t quite right.” Likely as a reaction to this decline in public confidence, denarii were restored to their former level of purity around 86 B.C.