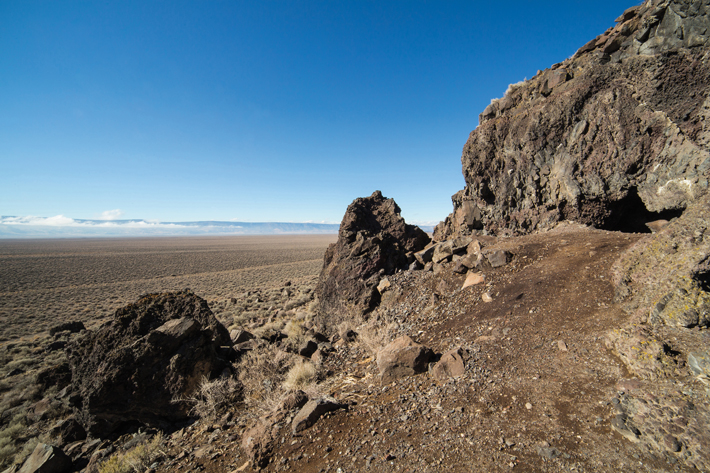 Researchers led by University of Wyoming archaeologist Robert Kelly have sought to remedy this by conducting an exhaustive survey of documented radiocarbon dates in the lower 48 states, which they have added to CARD. Having a centralized repository for radiocarbon dates is vital, says Kelly. He points out that while dates on their own estimate the age of individual organic artifacts, hearths, and houses, when analyzed together, they can provide a powerful tool to track changes in human population across time. “The more people you have living on a landscape, the more cooking fuel, food, clothing, and building materials they’ll create,” says Kelly. “Our assumption is that if you have more dates, that’s because you have more stuff to date, and that’s generated by more people.”

Kelly was inspired to assemble the database because he wanted to track Indigenous migrations in Wyoming. “I realized that to look at migration patterns, I needed to look outside the state, and then outside the region,” he says. “The area we needed to get radiocarbon dates from just got bigger and bigger.” From 2014 to 2020, his team pored over journal articles, dissertations, and gray literature—the thousands of reports generated by research funded by private companies and government agencies—to identify as many radiocarbon dates as possible. To streamline the project, the team divided the country into three sections. Weber State University archaeologist Madeline Mackie, who was largely responsible for 25 eastern states, says the effort also involved contacting state historical preservation offices, universities, and any other organizations that compile their own databases of dates. Assessing the reliability of each date, says Mackie, was laborious. “It wouldn’t have been possible without a lot of people answering a lot of really weird emails from us—along the lines of ‘You ran a radiocarbon date thirty-five years ago, do you remember what the material was?’” she says.

The team has thus far identified 86,946 radiocarbon dates from U.S. archaeological sites, the largest number of which—about 250 in total—come from the Paleoindian shelter complex of Paisley Caves in Oregon. The dates collected by the team include about 3,000 obtained from human bones. Due to ethical concerns, dates taken from human remains will not be accessible to scholars who use CARD until the database’s administrators consult with descendant Indigenous communities about whether to make them available.

Kelly and his colleagues used the huge number of dates they have added to CARD to help model changes in population across North America over thousands of years. There are very few dates from before 10,000 years ago. The number of dates then increases steadily until around 2,000 years ago, after which the researchers identified a sharp jump, reflecting population growth driven by widespread adoption of agriculture across the continent. Then, around 1150, the number of dates drops precipitously. Kelly initially expected to find a wave of depopulation at this time rippling through the continent from the Northeast, perhaps representing the spread of diseases introduced by eleventh-century Norse settlers in Newfoundland. However, the decline didn’t happen that way, he says. “It wasn’t as simple as a movement from east to west.” Kelly suggests the population may have begun to drop in the mid-twelfth century because farmers living in increasingly larger villages became more susceptible to diseases endemic to North America. They may also have been more vulnerable to environmental changes. A climatic event known as the Medieval Warm Period around that time would have caused widespread drought. This was followed by an extended period of cool weather beginning around 1300, known as the Little Ice Age, which likely made agriculture less productive. “These farming populations just couldn’t catch a break,” says Kelly. “And then the Europeans arrived.”