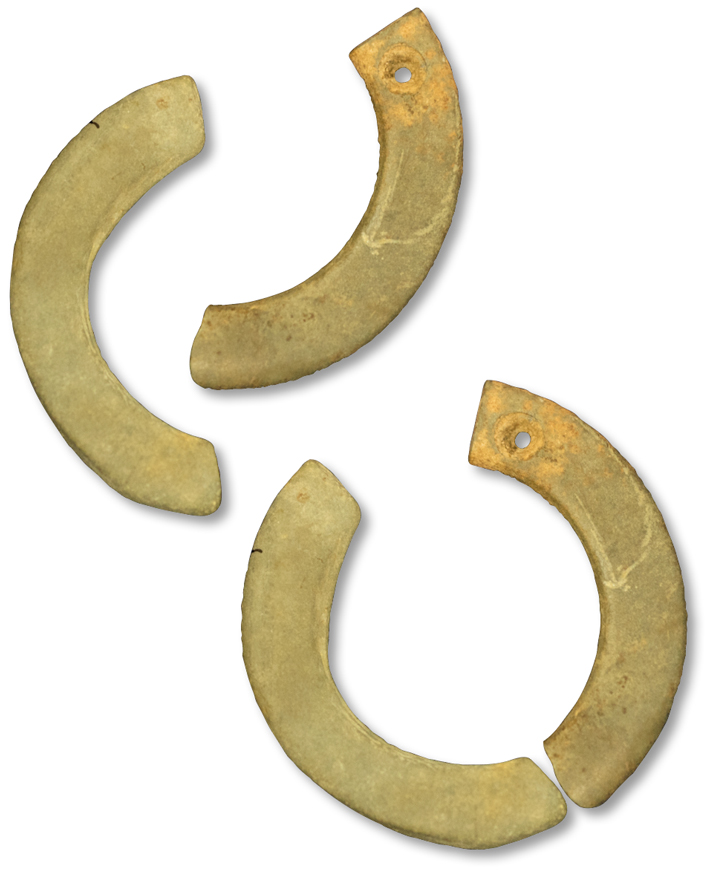 It turns out that “best friend” necklaces—where each friend wears one half of a heartshaped pendant—may not be solely a modern phenomenon. For decades, scholars have called a type of slate artifact fashioned by hunter-gatherers in fourth-millennium B.C. Finland “slate rings.” Many examples of the “rings” are broken and do not form full circles, so researchers have assumed they were fractured by the passage of time. “Archaeology deals with a fragmented picture of the past,” says archaeologist Marja Ahola of the University of Helsinki, “and we have a tendency to see fragmentation of prehistoric artifacts as accidental.” Ahola, along with Elisabeth Holmqvist of the University of Helsinki and Petro Pesonen of the University of Turku, examined 51 rings and fragments and identified wear patterns that suggest they were once fastened to clothes or had strings threaded through them so they could be worn as pendants. She began to think the artifacts might have been broken intentionally. “What I found intriguing,” Ahola says, “is that they were often fragmented—even the ones found in the richest burials—and I started to wonder whether the breakage was something deliberate.” 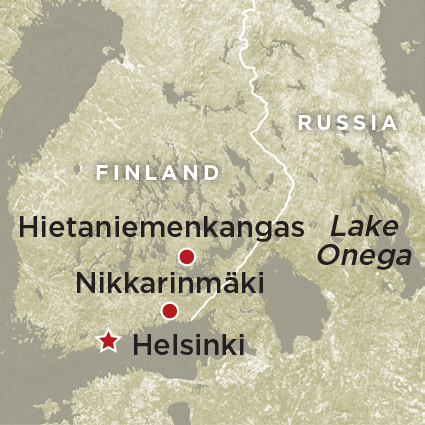 Ahola discovered that these two pieces found nearly 100 miles apart at the sites of Nikkarinmäki and Hietaniemenkangas have the exact same diameter and thickness, as well as nearly identical geochemical compositions. “What really caught my eye was that one fragment was more finely worked than the other. It was more polished and had a drilled hole so it could be worn” she says. “This not only testifies to differing object biographies of separated fragments of what was once one artifact, but also to the differing preferences or skills of two individuals.” The object was broken intentionally and then each person took a part as a symbol of their connection, says Ahola. “I think this was a rare chance to get really close to people living some six thousand years ago.”