Who Was Tut’s Mother? 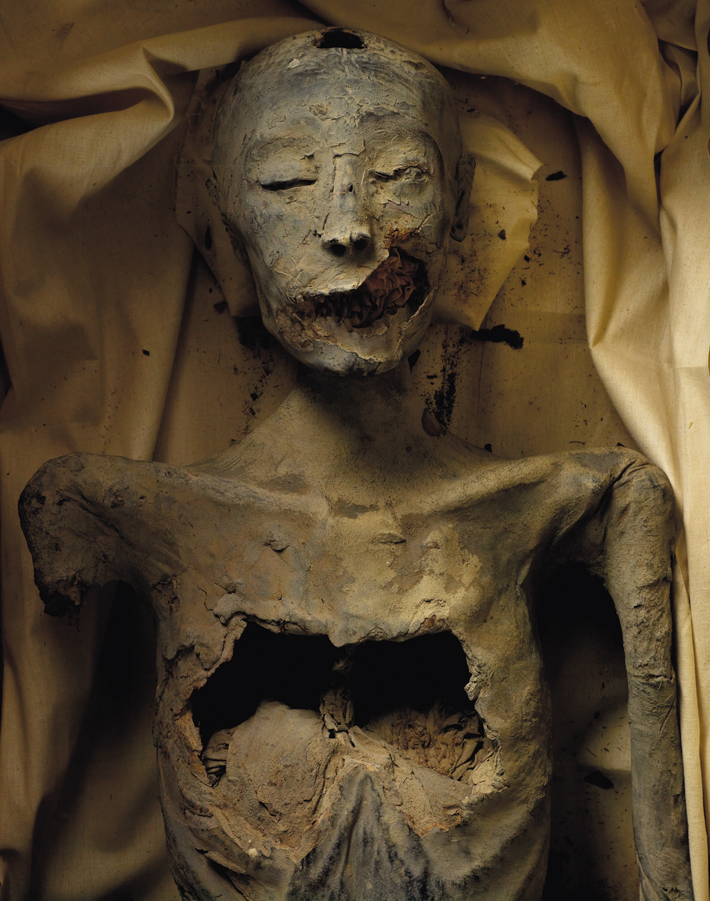 Perhaps one of the most surprising mysteries still surrounding the family of King Tutankhamun is the identity of his mother. She is never mentioned in an inscription and, even though the pharaoh’s tomb is filled with thousands upon thousands of personal objects, not a single artifact states her name. Two female mummies found in 1898 in a side chamber of the Valley of the Kings’ tomb of Amenhotep II, referred to as the “Elder Lady” and the “Younger Lady,” provide some tentative answers.

At some point, these two mummies, along with those of nine kings, including Tut’s grandfather Amenhotep III, had been moved to the tomb. By comparing DNA taken from the Elder Lady’s mummy with that from a lock of brown hair found in a miniature coffin inscribed with the name Tiye—Tut’s grandmother, the wife of Amenhotep III—inside Tut’s tomb, Egyptologist Zahi Hawass was able to identify the Elder Lady as Tiye. Tutankhamun, whose mother died when he was very young, is thought to have been particularly close to Tiye, so perhaps the lock of hair served as a memento.

The Younger Lady’s mummy is badly damaged. According to Hawass, she was 5 feet 1 inch tall, and lived to between 25 and 35. CT scans of the mummy performed by radiologists Sahar Saleem and Ashraf Selim of Cairo University suggest she had a serious injury on the left side of her face that was most likely inflicted before mummification. As Hawass explains, the subcutaneous embalming packs and filling were not disturbed, and the fractured fragments of her left jawbone were missing. “This may denote that the broken bone fragments were removed by the embalmers, who also partly cleaned the region of the injury,” says Hawass.

Although the Younger Lady is not named, she is thought to be Tut’s mother, a daughter of Amenhotep III and Tiye, and wife to her brother Akhenaten, Tut’s father. “We know that it is unlikely that either of Akhenaten’s known wives, Nefertiti or Kiya, was Tutankhamun’s mother, as there is no evidence from the sources that either was Akhenaten’s sister,” says Hawass. (Tut’s mother is known to have been one of Akhenaten’s sisters.) “Just which of his many sisters the Younger Lady is may never be known—he seems to have had almost forty sisters.”