After being installed as king of Judea by the Romans, Herod the Great launched an expansive building campaign that involved constructing fortresses, palaces, and even entire cities. Herod (r. 37–4 B.C.) also installed massive bathtubs in at least two of his residences—the Kypros Fortress and the Herodium—to foster a Roman-style culture of bathing. Both tubs were made of translucent calcite alabaster and were assumed to have been imported from Egypt as no quarries producing the fine stone were known to have existed in the Levant.

In recent years, however, a calcite alabaster quarry has been discovered in Te’omim Cave, on the western slopes of the Jerusalem hills, near the present-day city of Beth Shemesh. Ayala Amir, while a researcher at Bar-Ilan University, led a team that demonstrated unequivocally that the alabaster used to craft Herod’s tubs, which weigh around 3,300 pounds each, was quarried from Te’omim Cave. “We thought Herod would import materials from the best-known source—Egypt—and surprisingly, he didn’t,” says Amir. “This local quarrying industry must have been well developed, so he decided to use it instead of importing these luxurious materials from abroad.” 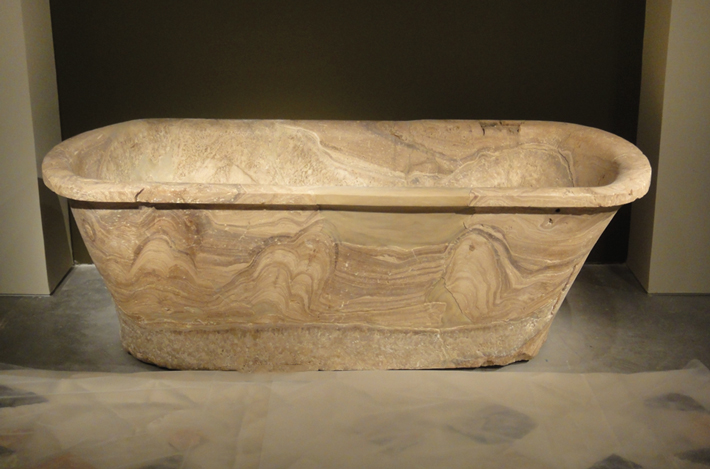