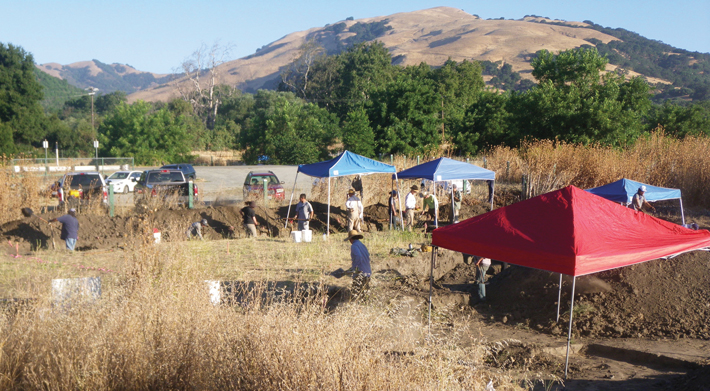 A genetic study comparing DNA from California’s Muwekma Ohlone people and DNA from remains of their ancestors supports the community’s oral history, which contends that the tribe has lived in the area for millennia. Muwekma Ohlone tribal members worked alongside archaeologists at two sites near the town of Sunol in the San Francisco Bay Area, within the group’s traditional territory. The team recovered the remains of 29 individuals at one site, which was inhabited from around 490 B.C. through 1775, and the remains of 76 people at another site, which was occupied between roughly 1345 and 1850. They sequenced the genomes of 12 of these individuals, including one who lived some 2,000 years ago.

“We identified a genetic signature connecting the two sites and then compared that signature to present-day Muwekma Ohlone community members, whose ancestors underwent a harsh colonial process, including forced movements, missionization, and strict social control,” says genetic anthropologist Ripan Malhi of the University of Illinois Urbana-Champaign. “The genetic signature identified in the remains of Muwekma Ohlone ancestors was found in contemporary Muwekma Ohlone community members in high frequency and shows that the community has been in the region for at least 2,000 years.” For more, see “Letter From the Bay Area: California’s Coastal Homelands” (May/June 2022).