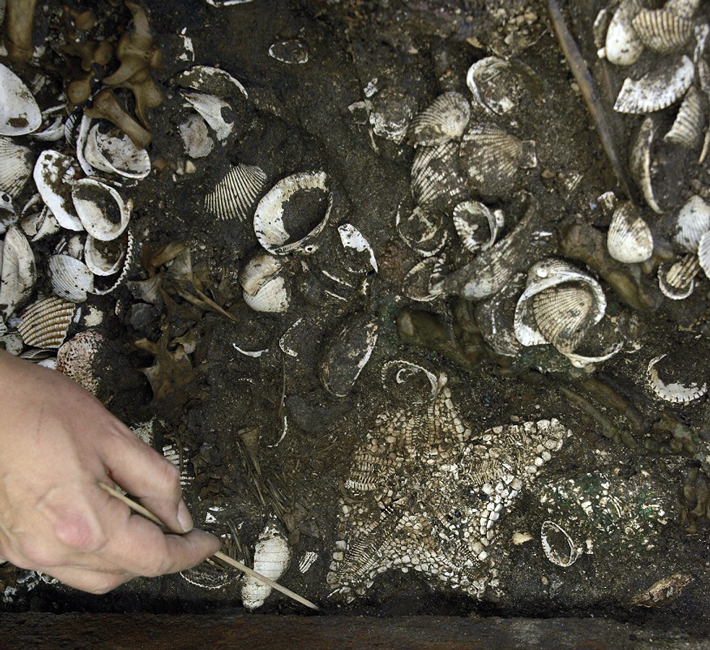 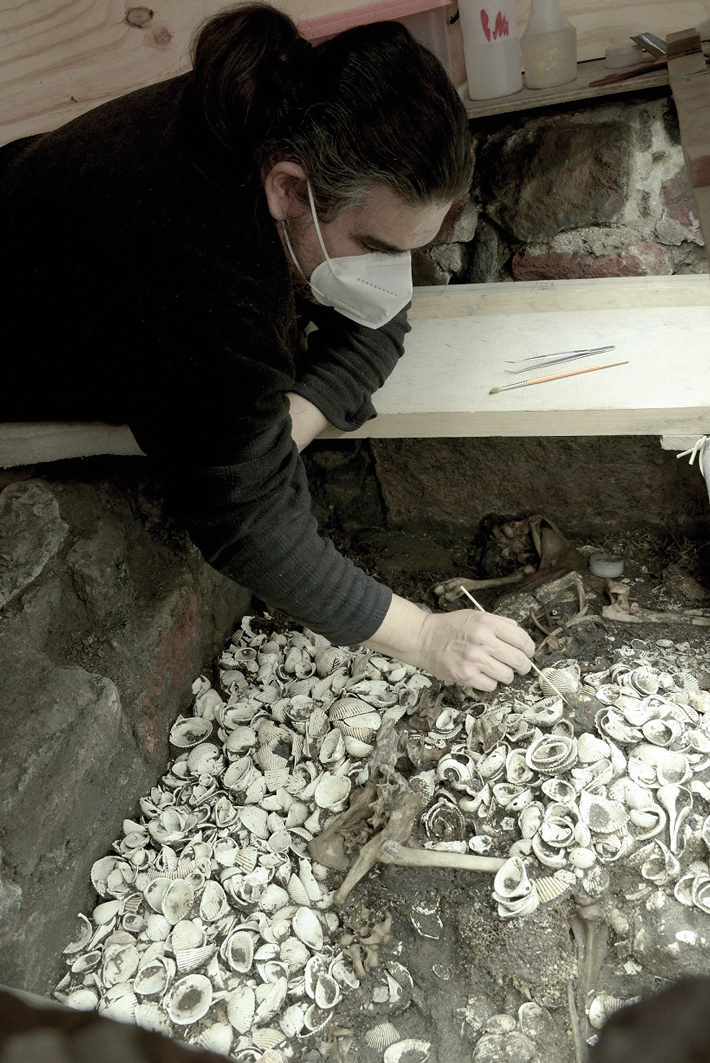 Aztec rulers were fascinated by a particular variety of starfish whose orange-and-brown coloration resembled one of their most venerated symbols of power—the jaguar. The remains of 164 of these starfish have recently been found in a ritual offering dating to about 1500 in the Templo Mayor complex at the Aztec capital, Tenochtitlan. When they began excavating the deposit, archaeologists unearthed the skeleton of a female jaguar lying in a bed of thousands of seashells and pieces of coral. Further digging revealed fragments of starfish. Most were largely decomposed, but one starfish remained intact because it had been flattened into the soil, like a pressed flower. The starfish, Nidorellia armata, also known as the chocolate chip star due to its dark brown spots, is found in the Pacific Ocean. “The starfish’s coloration looks like a jaguar’s fur,” says archaeologist Miguel Báez Pérez of Mexico’s National Institute of Anthropology and History. “This is probably what attracted the Aztecs to it.” He adds that its presence in Tenochtitlan speaks to the Aztec conquest of the Pacific coast under the emperor Ahuitzotl (r. 1486–1502). Starfish have been found before at the Templo Mayor—Aztec rulers kept them alive in shallow pools—but never this many in one place.