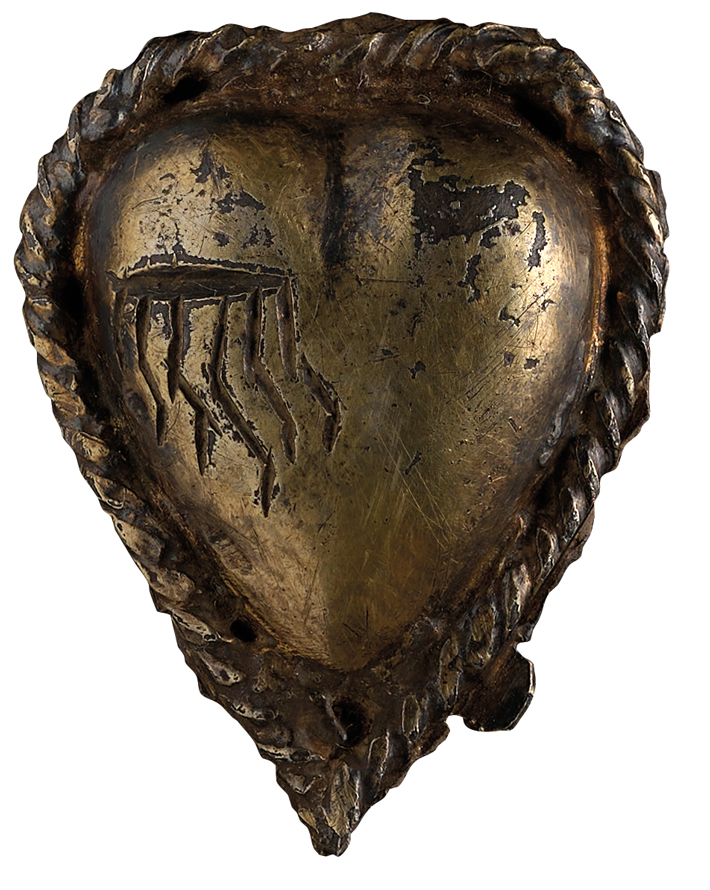 A personal symbol of Catholic faith dating to the mid-sixteenth century has been found in Llangeler, Carmarthenshire, in western Wales. The silver-gilt pendant depicts a heart with a bleeding wound representing one of Christ’s wounds. The artifact dates to a time during the Tudor period when adherents of the Church of England clashed mightily with Roman Catholics, who were infuriated by King Henry VIII’s dissolution of the monasteries in the late 1530s. “Archaeological finds such as the Llangeler pendant tell us about the individual continuities and responses to faith during this period,” says Mark Redknap, head of collections and research at National Museum Wales.