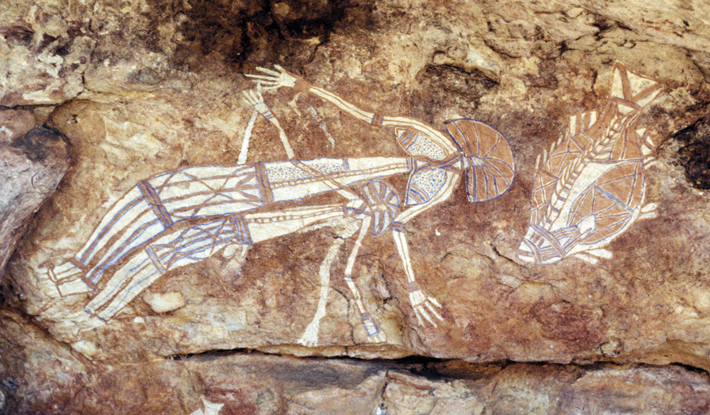 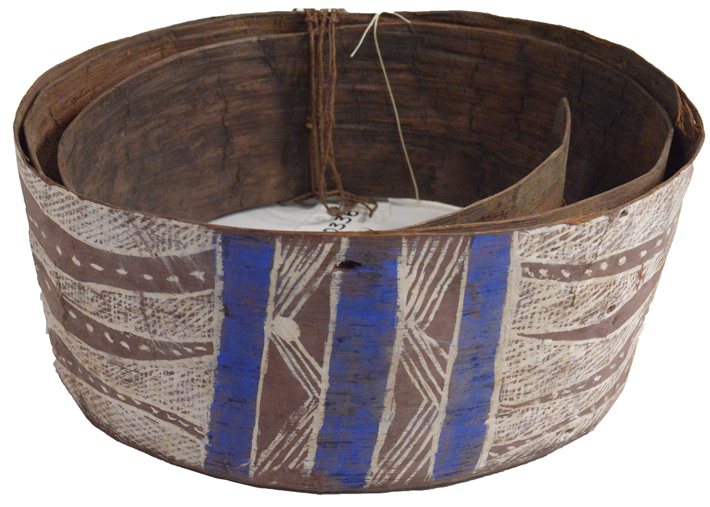 For generations, Aboriginal artists of Australia’s West Arnhem Land region have used naturally occurring red, yellow, and white pigments to create their distinctive rock art. The area has no natural source of blue pigment. Scholars had believed that it wasn’t until the late 1920s that artists there first began using laundry blue, a dye introduced by Europeans, to create rock art featuring vibrant blue hues. In powder form, laundry blue was used to brighten white textiles.

Now Griffith University archaeologist Emily Miller and her team have determined that Aboriginal artists were using laundry blue in West Arnhem Land at least a generation earlier than previously thought. The team found that fiber baskets and bark belts with blue accents were collected at a mission that existed for just a few years around 1900 in what is now Arnhem Land’s Kakadu National Park. Aboriginal artists in the area evidently already had access to the exotic blue dye. Miller points out that blue has a strong association with the life force of the Rainbow Serpent, an important creator being in many Aboriginal belief systems. “By incorporating this new vivid pigment in objects and rock art,” she says, “the artists were tapping into this life force.”