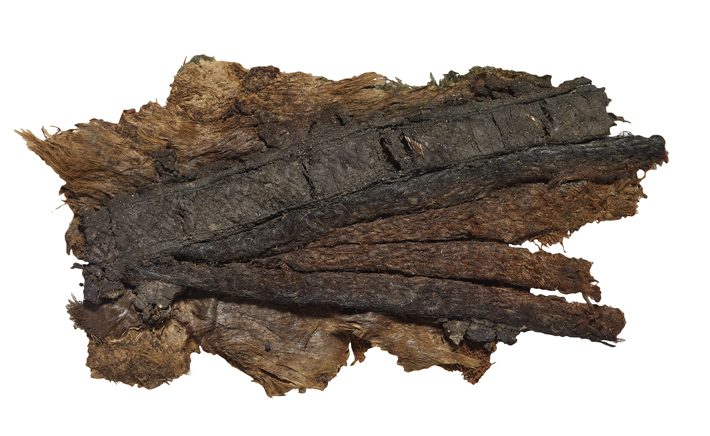 Analysis of rare surviving furs from tenth-century A.D. burials in Denmark indicates that prominent Vikings flaunted their affluence by wearing garments made from the fur of exotic wild animals. A team of researchers led by archaeologist Luise Ørsted Brandt of the University of Copenhagen extracted proteins from clothing, accessories, and other items made of fur and leather. By comparing these proteins with amino acids from previously studied animal species, the researchers concluded that they belonged to a red squirrel, beavers, and a species of weasel. Although beaver pelts are mentioned in contemporaneous Arabic sources as a particularly prized luxury good, the large rodents had gone extinct in Denmark and were no longer present there during the Viking Age. Thus, Brandt says, the beaver fur recovered from the burials must have been imported.

The team determined that leather used to make everyday items such as shoes, straps, and belts was made from the skins of locally domesticated animals. The imported furs, on the other hand, likely adorned more eye-catching garments. “People would have had knowledge of local furs and their appearance,” Brandt says. “Fine luxury furs would have stood out and been viewed as exclusive and as symbols of status.”