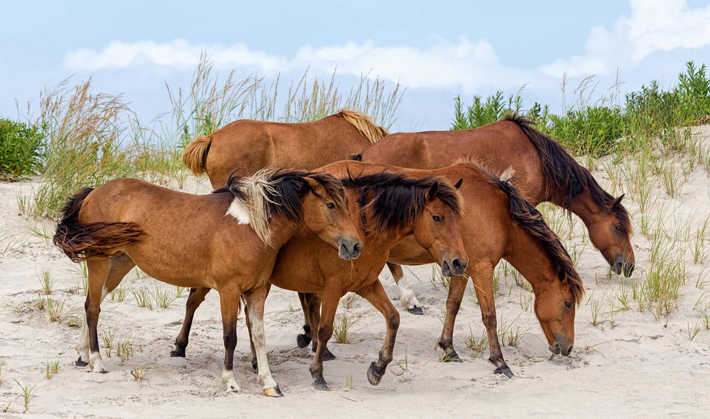 The majestic wild ponies that roam the barrier islands of Chincoteague and Assateague off the coast of Virginia and Maryland may be related to horses brought to the Americas by Spanish sailors beginning in the late fifteenth century. While analyzing remains of horses from the Spanish settlement site of Puerto Real, which was established in 1503 on the Caribbean island of Hispaniola, University of Florida archaeologist Nicolas Delsol identified a fragment of a horse tooth from which he extracted genetic material. 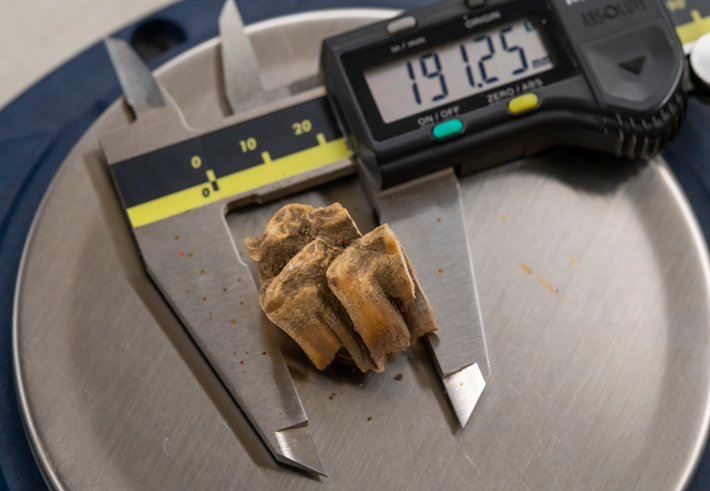 A check of genetic databases revealed that the horse had belonged to the equine haplogroup A, a genetic population found in Central Asia and southern Europe that shares a common ancestor. Delsol determined that the horse’s closest living relatives are not found in present-day populations on the Iberian Peninsula but are, in fact, Chincoteague and Assateague ponies. “Local legend on the island of Chincoteague holds that the ponies are descendants of horses that survived the wreck of a Spanish vessel and swam ashore,” says Delsol. “We’re not confirming that legend, but we can draw a strong connection between Spanish colonial horses and Chincoteague and Assateague ponies.” European sailors often left animals, particularly pigs, on uninhabited Caribbean islands so they would have a stock of food if they returned. Delsol believes this practice may explain the origins of the Chincoteague and Assateague ponies.