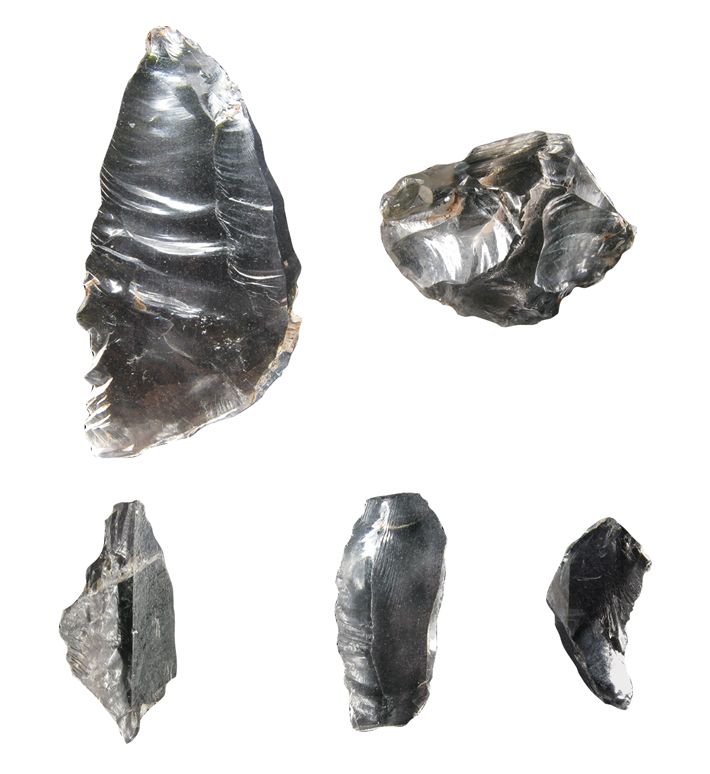 The largest assemblage of extremely rare worked Neolithic rock crystal was uncovered by archaeologists from the University of Manchester at the monumental complex of Dorstone Hill in Herefordshire, England. More than 330 fragments of crystal were discovered during excavations at the nearly 6,000-year-old complex, which once featured a series of long earthen mounds and large timber buildings. Rock crystal is a form of nearly transparent quartz that was coveted by Neolithic people, who likely believed it had magical properties. “In the Neolithic period, there was no glass—or any other transparent solid material—so rock crystal would have been a really distinctive and notably different material,” says University of Manchester archaeologist Nick Overton. “Quartz crystals do a few really unusual things with light. They can be used to split white light into the visible spectrum and they are also triboluminescent, which means they emit a flash of light when struck with another stone or crystal.”

The exotic mineral was likely transported to Herefordshire intact from a source between 80 and 100 miles away in Wales. Archaeologists do not believe that the rock crystal was ever fashioned into finished tools. Instead, they suggest that the knapping process was an important part of the early Neolithic community’s identity. The crystal fragments were collected and deposited into cremation pits containing human remains and other stone tools as a way of commemorating the dead.