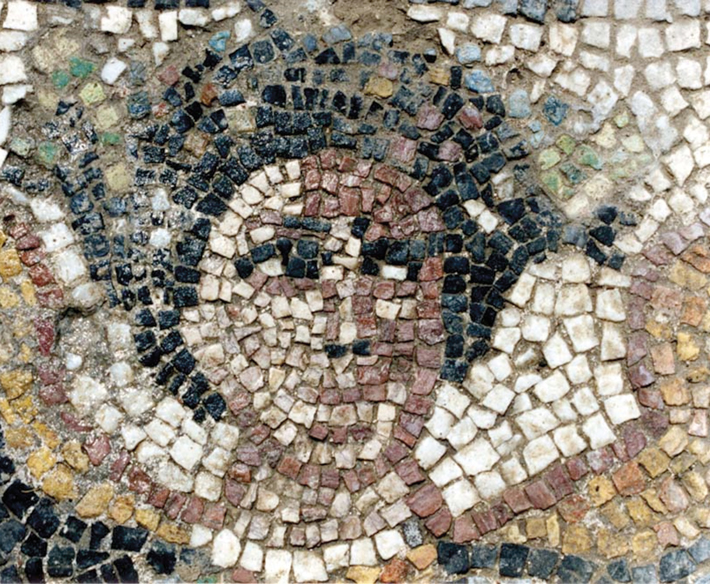 Researchers have used various methods to identify the materials and techniques employed by mosaic artists in Late Antiquity. As the Roman Empire began to decline and global trade routes collapsed, craftspeople were forced to find creative ways to acquire the expensive raw materials used in colorful mosaics, which often had to be imported. A recent study involved chemical analysis of a sample of 19 tesserae—the individual pieces used in mosaics—from 1,600-year-old mosaics discovered at a villa in Halicarnassus, in what is now Turkey, to determine what materials the mosaicists used and how they were made. The luxurious estate, which belonged to a man named Charidemos, was built in the fifth century A.D. and its floors were decorated with centuries-old themes from Greek and Roman literature and mythology. 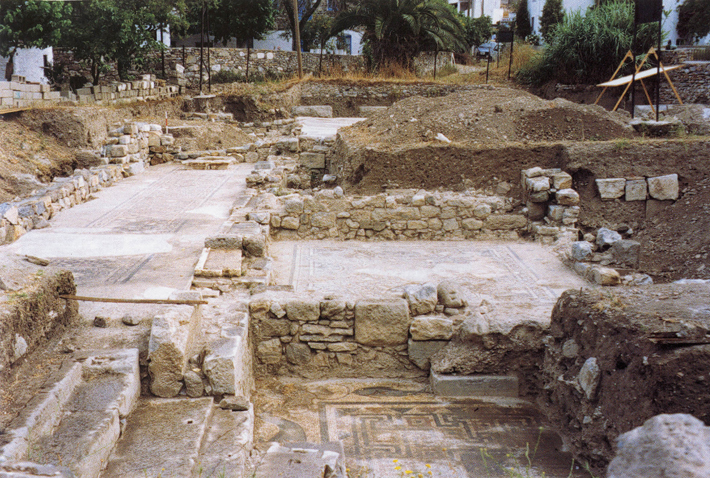 The analysis revealed that, of the 19 tesserae examined, 11 were made of stone, seven from glass, and one was ceramic. Researchers were surprised to learn that six of the seven glass pieces were crafted from recycled glass. “Since new tesserae simply could not be bought for money,” says University of Southern Denmark archaeometrist Kaare Lund Rasmussen, “it’s possible that local workshops began specializing in recycling old glass into the bright new colors sought after by rich landowners.” To see an additional photo of the mosaic, click here.