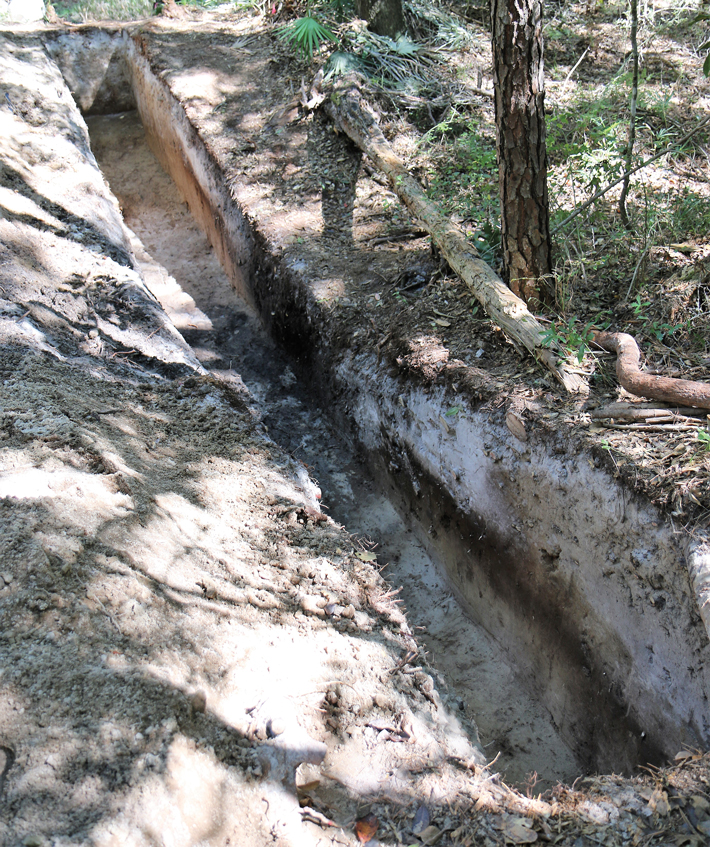 For years, Gulf Shores, Alabama, resident Harry King has tried to raise awareness of what locals call Indian Ditch. King was sure that this now largely obscured mile-long waterway was an ancient canoe canal that linked Mobile Bay with the Gulf of Mexico. University of South Alabama archaeologist Gregory A. Waselkov had always assumed the canal was a nineteenth-century earthworks, but was finally persuaded by King to lead a study of the site. “When I saw the scale of the remaining sections of canal, I was blown away,” says Waselkov. “It is so impressive.” Excavations of a surviving canal berm yielded charcoal samples showing that the earthworks were surprisingly old, dating to about A.D. 600. Waselkov’s team’s analysis of the local water table and sediments from the canal suggest that it was probably traversed during cold weather months and was likely dammed at either end. “Despite the old folk name of Indian Ditch, the canal was not a simple, sea-level ditch dug across the peninsula, but a sophisticated, engineered feature,” says Waselkov. He and his team hope to work with Native cultural specialists to explore the possible spiritual and symbolic dimensions of the waterway. To see an archival photo of the canal, click here.