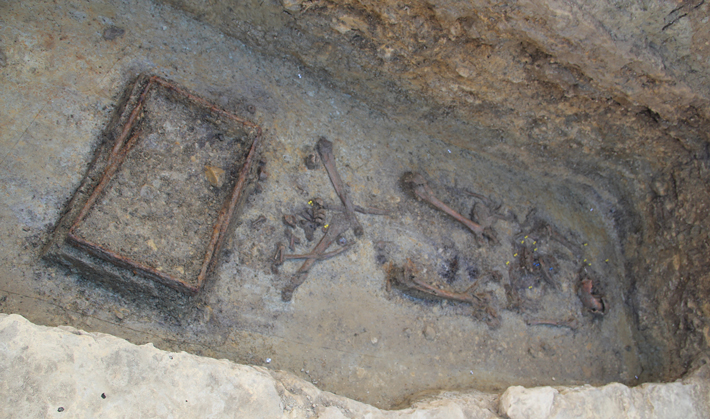 During construction of an industrial park in central Germany, archaeologists unearthed an unusual example of an iron folding chair dating to about A.D. 600 in the grave of a woman who died between the ages of 40 and 50. The chair, whose seat was probably made from wood and leather that no longer survive, was placed at the feet of the deceased. She was also buried with a necklace made of glass beads and a belt with dangling beads and brooches. Although folding chairs are known to have existed since the second millennium B.C., only a few dozen ancient examples have been found throughout Europe, most of them in early medieval women’s burials. They seem to have been symbols of high social status. “During the early Middle Ages, folding chairs were used as official insignia of bishops, and also for representing royalty,” says archaeologist Hubert Fehr of the Bavarian State Office for the Protection of Monuments.