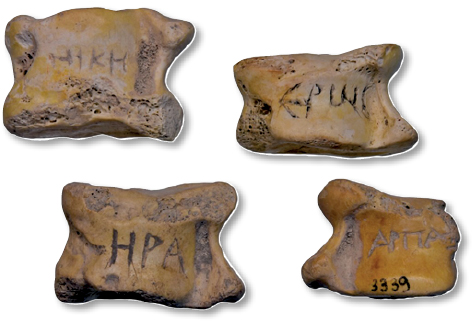 About 1 inch long and 0.2 inches tall

For the residents of ancient Maresha in southern Israel, animal bones that may seem like useless leftovers destined for the trash heap were used to play games and as a way to contact the gods. Archaeologists working in a series of man-made caves in the lower part of this once-bustling Hellenistic metropolis have uncovered more than 600 astragali, or knucklebones. Caprids such as sheep and goats, as well as cows and pigs, have knucklebones that are six-sided and symmetrical, and thus were frequently used as dice throughout much of antiquity. Although astragali are commonly found at sites across the world, such a large collection is otherwise unknown in sites dating to the Hellenistic period in the Levant. As the knucklebones were used for entertainment, gaming, and religious purposes, explains archaeologist Ian Stern of the University of Haifa, the popularity of astragali speaks to the life of a cosmopolitan city inhabited by local Idumaean people living side by side with Arabs, Phoenicians, Macedonians, and Egyptians. 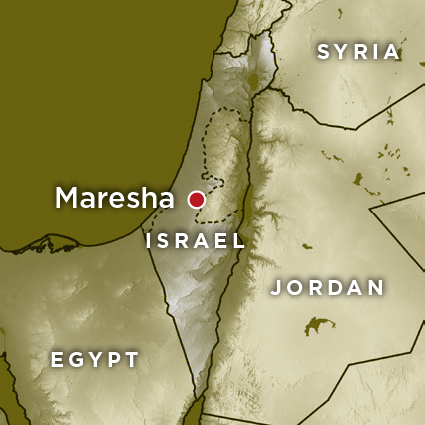 Many astragali were smoothed and polished to make them easier to roll. Others were pierced and filled with lead to make them heavier and thus prone to scatter more evenly whether tossed on a table or thrown in the air. Some were made of glass or bronze and others were engraved with letters, inscriptions, or geometric shapes. A number of the Maresha astragali are inscribed in Greek with the names of goddesses and gods. These include (clockwise from top left) Nike, the goddess of victory—the word “Nike” can also mean victory when used on its own—and Eros and his mother, Aphrodite, both deities of love, as well as Hera, the patron goddess of marriage. “While astragali were commonly used for gaming and gambling,” says Stern, “many of those discovered in Maresha were found in contexts with altars, divination texts written in Aramaic, and other cultic materials that suggest they were used in a ritualistic manner.”