Tomb of the Craftworkers 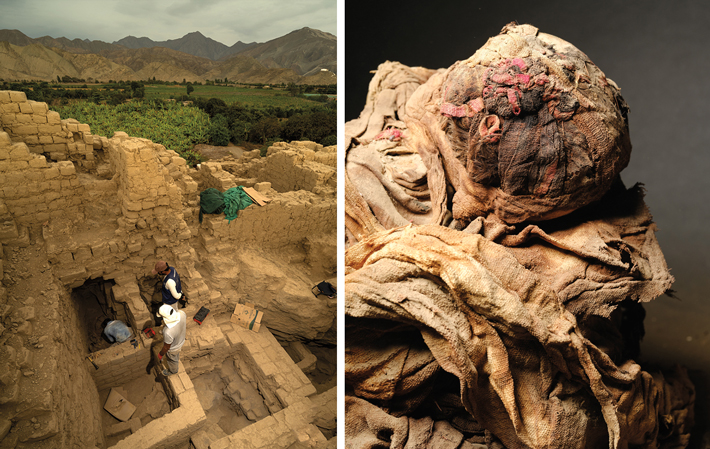 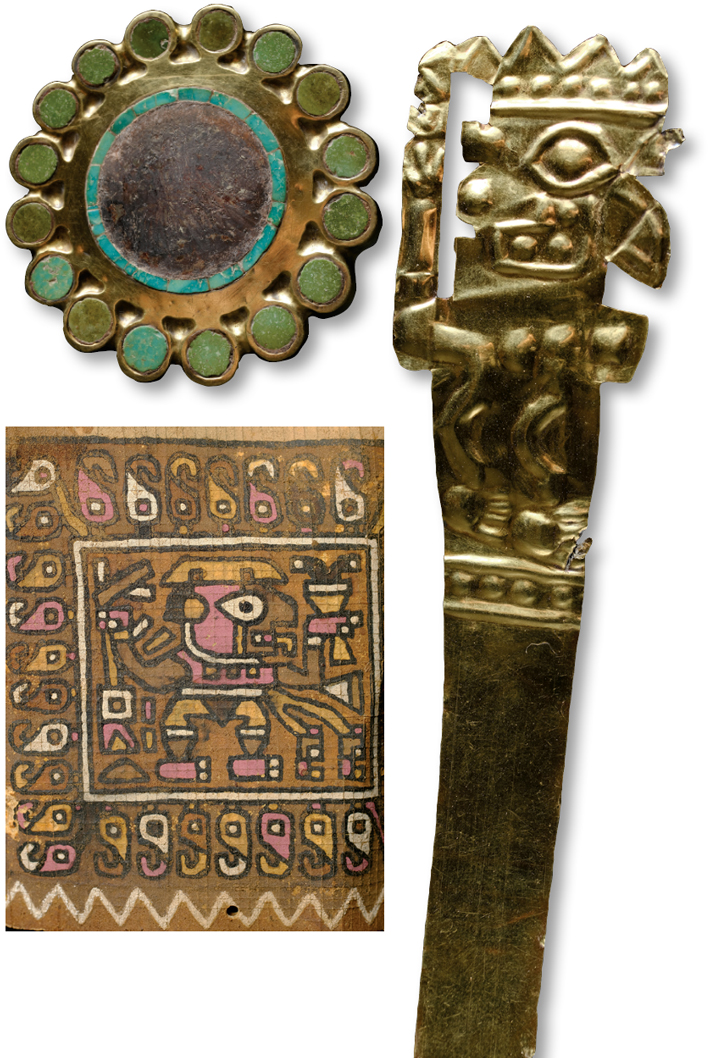 At the site of El Castillo de Huarmey on the northern coast of Peru, a team led by archaeologist Miłosz Giersz of the University of Warsaw has unearthed a tomb containing the remains of a man who occupied a powerful position in the Wari Empire (A.D. 650–1000). The Wari controlled most of present-day Peru, relying on a combination of military aggression and irrigation projects to win the favor of local people. The man in the tomb was found wrapped in a mummy bundle, with the remains of six others in chambers nearby—likely another man, two women, and three adolescents whose sex has yet to be determined. “They were obviously members of the elite because we found them buried with important artifacts—gold and silver earspools, which were the elite regalia,” says Giersz. “But what is really interesting is that the men do not appear to have been warriors.”

While the majority of high-status men in Wari iconography are portrayed bearing weapons, the men as well as the women in this tomb appear to have been highly skilled craftspeople. The man in the bundle was buried along with textiles, painted leather, and baskets in different phases of production. Archaeologists also found a range of raw materials to make baskets, including reeds, colorful cotton and wool thread, cords of various sizes and colors, and balls of resin used as glue. Giersz notes that both the men and women in the tomb have marks on their bones caused by the sort of repetitive use of the hands typical of crafting, but no sign of trauma from combat. Their remains also show indications of serious physical disabilities such as bone loss due to osteoporosis, lack of mobility, and severe tooth decay. These conditions, says Giersz, may explain why the men in the tomb were unsuited to be warriors. The tomb is close to an enormous mausoleum discovered by Giersz in 2012 containing the remains of 58 high-status Wari women. The newly discovered tomb is the first to include high-status Wari male craftworkers.