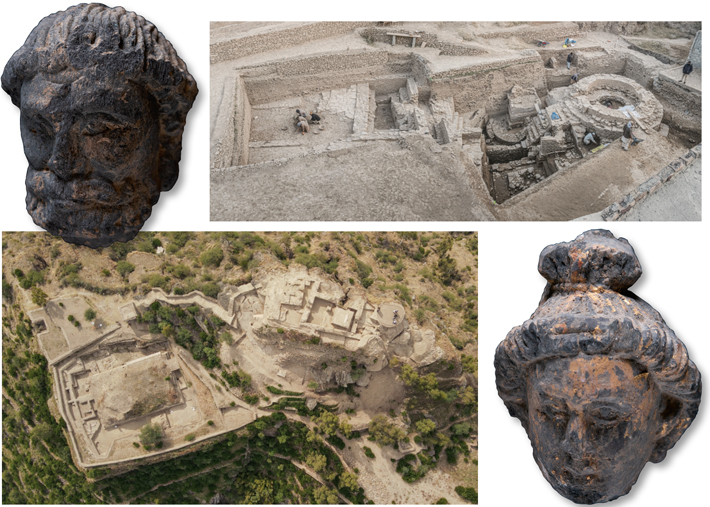 The region of northwest Pakistan known as the Greater Gandhara was a crossroads for the exchange of goods and culture among the civilizations of the Middle East, Central Asia, and India from around the sixth century B.C. to the sixth century A.D. One of the most significant belief systems carried across the region was Buddhism, which was founded in northern India between the late sixth and early fourth centuries B.C. In the Gandharan city of Barikot, archaeologist Luca Maria Olivieri of Ca’ Foscari University and his ISMEO team have discovered a Buddhist temple dating to at least as early as the end of the second century B.C. This makes it the oldest known Buddhist temple in the region and places its construction firmly during the period when Barikot is known to have been a center of Buddhist teaching and a sacred pilgrimage site. “We did not expect there to be Buddhist monuments in the city at such an early stage,” Olivieri says. “Until now, we have not excavated any evidence of Buddhist presence in Barikot dating to before the end of the first century A.D.” The remnants excavated thus far include a 10-foot-high apsidal structure on which a circular shrine was later erected. The building contains an iconic cone-shaped Buddhist stupa. Olivieri’s team was surprised by the building’s shape, which is well known from Buddhist structures in India at this time but is very rare in Gandhara. The team has also found Buddhist sculptures and inscriptions.

In addition to being a religious center, Gandhara was at the nexus of multiple major imperial expansions, including those of the Persian Achaemenid Empire, Alexander the Great, the Mauryan Empire of northern India, and Indo-Greeks from Bactria, or Central Asia, who were in power at the time the newly discovered temple was built. “We are now beginning to realize that, in addition to its strategic importance,” says Olivieri, “Barikot had its own importance for Buddhist communities.”