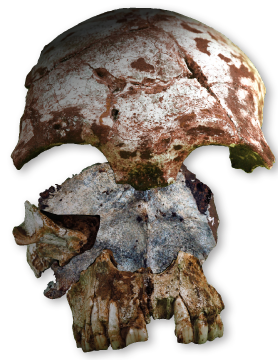 Fragments of a human skull found at Tam Pa Ling Cave in Laos, dated to between 46,000 and 63,000 years old, are providing insights into how the first Homo sapiens settled Southeast Asia and later Australia. Archaeologists Fabrice Demeter of the National Museum of Natural History in Paris and Laura Shackelford of the Illinois State Geological Survey analyzed the skull. According to Shackelford, it does not show any evidence that the individual’s ancestors interbred with Homo erectus, a hominin species that lived in the area for more than one million years. The skull itself is small and belonged to a young adult at least 18 years old. No artifacts were found with the bones, but the cave’s location, far from the coast, shows that modern humans migrated through the river valleys and into the mountains of Laos as they continued their trek toward Australia, where they arrived at least 40,000 years ago.