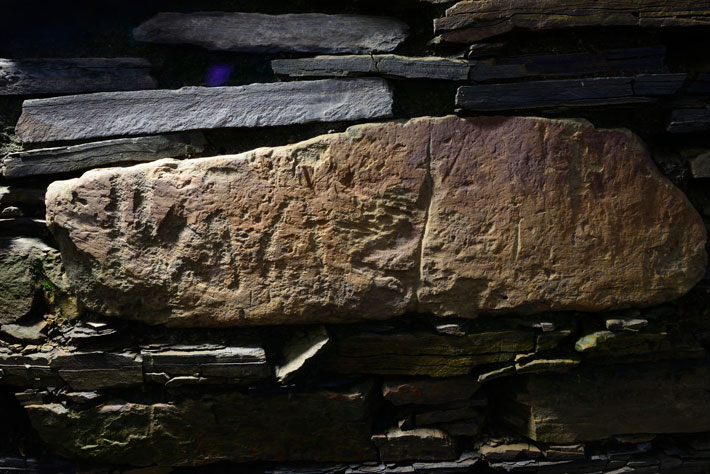 Inside Structure 10, also known as the “cathedral,” the discovery of ancient grinding stones, containing little hollows and the remains of pigments, indicates that the paints daubed on the walls and brushed onto the pots at the Ness of Brodgar complex were made by grinding down locally derived minerals and mixing them with animal fat or egg white to create a paste. “The nearby island of Hoy is known to produce hematite [an iron ore used to make different colored pigments], and not far away from the Ness there is a known source of galena, a lead-bearing ore that can produce a white pigment,” says Scott Pike, an archaeological geologist from Willamette University in Oregon, who has been analyzing the Ness paintwork. X-ray fluorescence spectroscopy carried out by Pike and his team has shown that the colors are chemically distinct from the stone walls, confirming that they were painted on and not naturally occurring. 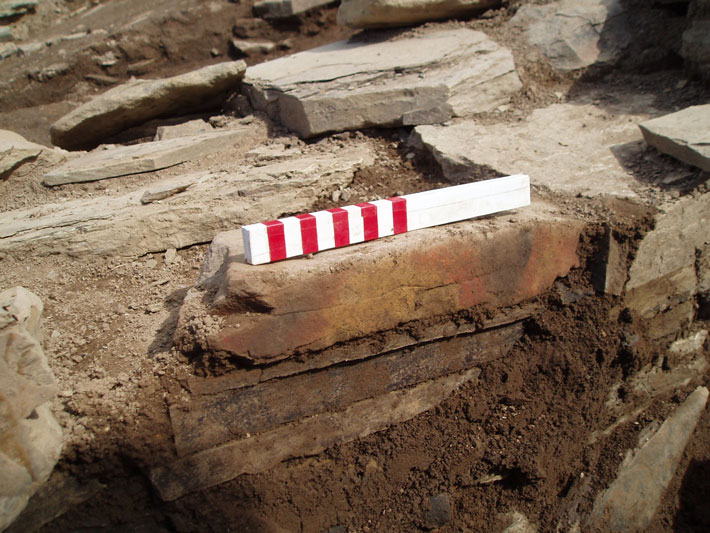 It seems that only certain parts of the walls were painted (such as the stones surrounding a door), and only a small percentage of the pots were colored. What the colors signified remains a mystery. “These colors are sometimes taken as a strong reference to the self, the body, and its fluids, but colors such as red, white, and black could also refer to fire and its transformative effects. Certain colors and patterns could also have signified ownership,” says Roy Towers of the University of the Highlands and Islands.

Meanwhile, the carved artwork emerging from the Ness of Brodgar is puzzling archaeologists. A huge variety of types of inscriptions has been found across the site, but some of the most elaborately carved stones were found in dark corners and deep recesses, where they wouldn’t have been fully visible. Possibly the act of carving the stone was more important than viewing it afterward. Meanwhile, some of the faint scratchings are barely visible with the naked eye, leading to speculation that the bold designs may have been scratched through pigment.