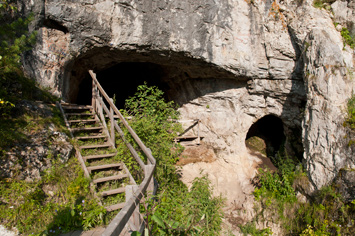 A new technique for sequencing ancient DNA has allowed a multinational research team to reconstruct the genome of a person who lived in Siberia’s Denisova Cave between 30,000 and 82,000 years ago—with the same level of accuracy as genomes from modern people. This new DNA sequence gives researchers a clearer picture of how early hominins such as the Denisovans and Neanderthals were related to modern humans and to each other.

The analysis showed that Denisovans were much more closely related to Neanderthals than to Homo sapiens, and that in spite of coming from a small population, they managed to contribute genes to modern populations in Island Southeast Asia and Australia. According to David Reich, a geneticist at Harvard Medical School and a member of the research team, the new DNA sequence also shows that Native Americans and people from East Asia have more Neanderthal DNA, on average, than Europeans. Archaeologists have long thought that the largest population of Neanderthals lived in Europe, so the finding complicates the picture of the way modern people and Neanderthals are related. Either there was a separate event in which Neanderthals interbred with people in Asia, or the genetic contribution of Neanderthals in Europe was diluted by later migrations of Homo sapiens.