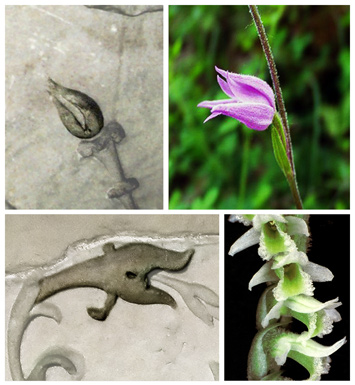 The first fragments of the remarkable ancient Roman monument called the Ara Pacis (“Altar of Peace”) were found in the early sixteenth century. For the next four hundred years, the large marble altar, built to commemorate the emperor Augustus’ victories in Gaul and expansion into Spain in the first century b.c., was reassembled as pieces resurfaced until it was nearly completed in 1938. Since then, scholars have examined the altar’s heavily decorated exterior, attempting to identify the mythological and historical figures represented. However, until several years ago when archaeologist Giulia Caneva of the University of Rome was asked whether the plants and flowers represented on the Ara Pacis were faithful representations or purely fantastical—and if she could identify them—no one had carefully studied the monument’s vegetation in such detail.

Soon Caneva discovered that the flowers were both fantasies and what she calls “extremely realistic” representations. The most surprising faithfully depicted species were two types of orchids, both of which are native to the Mediterranean. Until Caneva’s research, orchids were unknown in ancient art and had only been identified on works dating from the Renaissance and later. Caneva is continuing to decode the altar’s highly symbolic language of flowers and vegetation, which is part of the political message of this enduring monument to Augustus’ lineage and power.