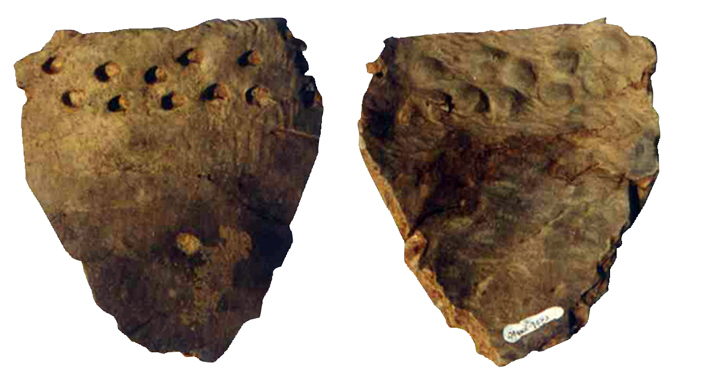 The invention of pottery for collecting, storing, and cooking food was a key development in human culture and behavior. Until recently, it had been thought that the emergence of pottery was part of the Neolithic Revolution around 10,000 years ago, which also brought agriculture, domesticated animals, and groundstone tools. Finds of much older pottery have put this theory to rest. This year, archaeologists dated what is now thought to be the oldest known pottery in the world, from the site of Xianrendong Cave in the Jiangxi Province of southeastern China. The cave had been dug before, in the 1960s, 1990s, and 2000, but the dating of its earliest ceramics was uncertain. Researchers from China, the United States, and Germany reexamined the site to find samples for radiocarbon dating. While the area had particularly complex stratigraphy—too complex and disturbed to be reliable, according to some—the researchers are confident that they have dated the earliest pottery from the site to 20,000 to 19,000 years ago, several thousand years before the next oldest examples. “These are the earliest pots in the world,” says Harvard’s Ofer Bar-Yosef, a coauthor on the Science paper reporting the finds. He also cautions, “All this does not mean that earlier pots will not be discovered in South China.”