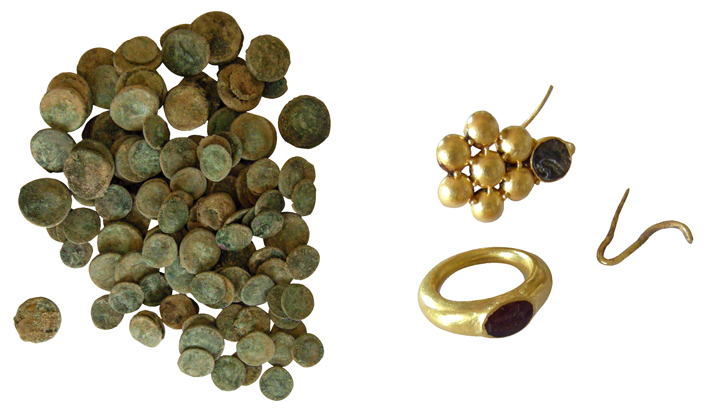 This past summer archaeologists discovered a veritable treasure chest of jewelry and coins buried inside a pit in the courtyard of an ancient building in southern Israel’s Kiryat Gat region. According to the Israel Antiquities Authority’s Sa’ar Ganor, the cache likely dates to the time of the Bar Kokhba revolt, which lasted from A.D. 132 to 135, and was one of the largest Jewish uprisings against the Romans. “This was probably an emergency cache that was concealed at a time of impending danger by a wealthy woman who wrapped her jewelry and money in a cloth and hid them deep in the ground,” says Ganor. “It’s now clear that the owner never returned to claim it.” While there are other contemporary hoards from Israel, this example is exceptional for the inclusion of several gold coins, rare in Israel at this time.