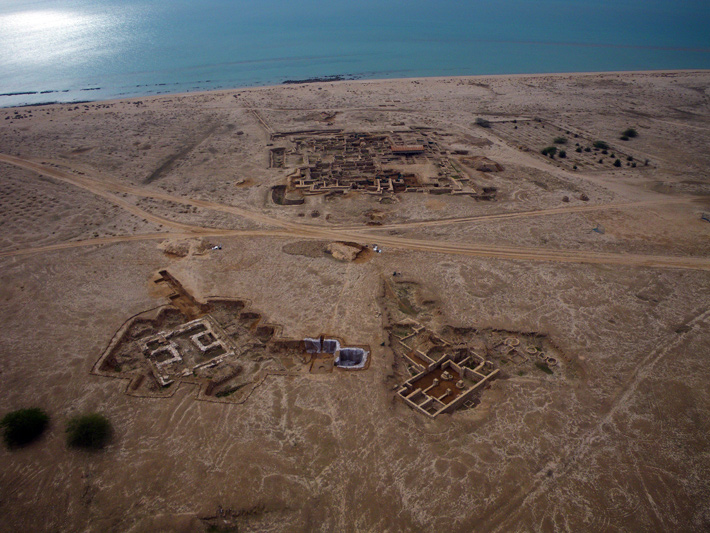 A forgotten sliver of land in the far north of the Persian Gulf, Kuwait’s Failaka Island is home now mostly to camels. Its only town is a sprawling ruin pockmarked with bullet holes and debris from tank rounds, and the landscape beyond seems empty and bleak. Even before Iraq’s 1990 invasion of Kuwait prompted its sudden evacuation, Failaka in the past century was little more than a quiet refuge for fishermen and the occasional Kuwaiti seeking relief from the mainland’s fierce heat. But just under the island’s sandy soil, archaeologists are discovering a complex history extending back 4,000 years, from the golden age of the first civilizations to the wars of the modern era.

The secret to Failaka’s rich past is its location, just 60 miles south of the spot where the Tigris and Euphrates Rivers empty into the Gulf. From the rise of Ur, the world’s largest metropolis in the late third millennium B.C., until Saddam Hussein’s attack during the First Gulf War, the island has been a strategic prize. For thousands of years, Failaka was a key base from which to cultivate and protect—or prey on—the lucrative trade that passed up and down the Persian Gulf. In addition, there were two protected harbors, potable water, and even some fertile soil. The island’s relative isolation provided a safe place for Christian mystics and farmers amid the rise of Islam in the seventh and eighth centuries A.D., as well as for pirates a millennium later.

Currently, archaeological teams from no less than half a dozen countries, including Poland, France, Denmark, and Italy, are at work on Failaka. Given the political volatility of neighboring nations such as Iraq, Iran, and Syria, the island offers a welcome haven for researchers unable to conduct their work in many other parts of the region. “I started encouraging teams to come in 2004,” says Shehab Shehab, Kuwait’s antiquities director. “And I want to encourage more.”

The mainland of Kuwait is mostly harsh desert, with only a handful of significant ancient sites. Even the old town of Kuwait City, dating back two centuries, was long ago demolished to make way for skyscrapers. Thus Failaka is of prime importance to the country’s heritage. Recently, much of the island’s history was threatened by a plan to transform the barren land with its rocky coast into a major tourist magnet, complete with marinas, canals, spas, chalets, and enormous high-rise hotels and condominiums. In the wake of the global economic recession, however, the $5 billion project foundered, and was recently shelved. Shehab has moved into the resulting vacuum, lobbying hard to turn all of Failaka into a protected site in order to enable archaeologists to uncover, study, and preserve this small nation’s past.

The government already sets aside more than $10 million annually to cover the costs of foreign projects in Kuwait, and hopes to promote science as well as encourage heritage tourism. “Shehab’s dream is to create in Kuwait a kind of research center for Gulf basin archaeology,” says archaeologist Piotr Bielinski from the University of Warsaw, who is digging at a prehistoric site on the mainland just north of Kuwait City. And excavators on Failaka are making the most of this unique opportunity, exposing evidence of Mesopotamian merchants, religious structures representing three cultures and spanning more than 2,500 years, a pirate’s lair, and the remains of Failaka’s last battle, ample testimony to the island’s millennia-long endurance. 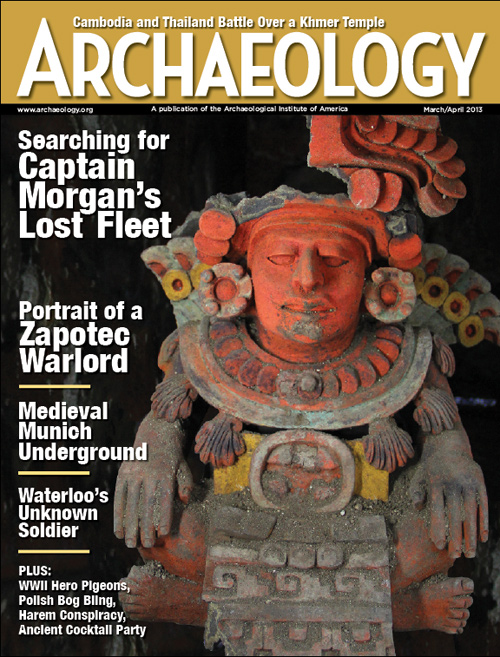 A Soldier's Story
The battle that changed European history, told through the lens of a young man’s remains