The Battle of Failaka 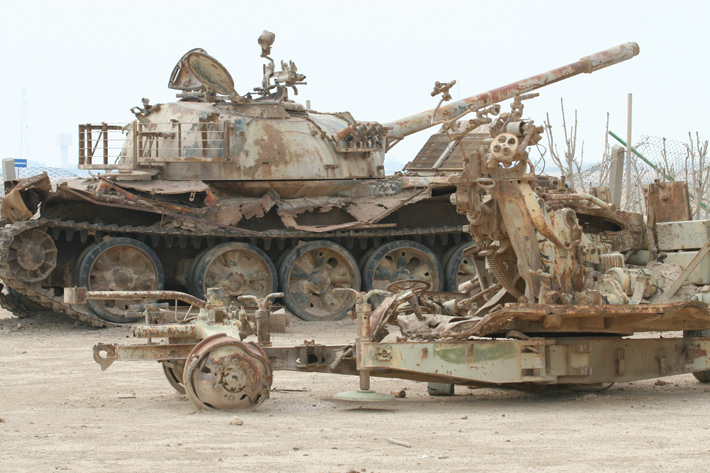 By the twentieth century, the advent of air travel and the discovery of oil on the Kuwaiti mainland put Failaka on the margins of the Persian Gulf’s rush toward modernization. For most of the last 100 years, the island was home to a handful of fishermen and villagers, and the only new inhabitants were those Kuwaitis who built beach homes to escape the mainland’s blistering summer heat. In 1990, there were a modest 2,000 full-time residents. But on August 2 of that year, Failaka’s location once again came into play when Iraqi forces attacked the island as part of their invasion of Kuwait. The island’s defenses consisted only of a small contingent of troops, which the Iraqis quickly overwhelmed, and the population was expelled. American forces retook the island in 1991, in turn expelling the 1,400 Iraqi soldiers who had made it their base. After the Iraqis were driven back across the border into Iraq, the Kuwaiti military used what remained of Failaka’s modern town for target practice. 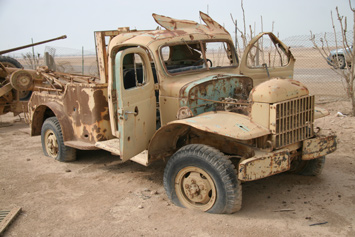 Today, the houses are riddled with shell holes. And just outside the settlement, protected by a high fence, is the latest evidence that the advantages of Failaka’s strategic position didn’t end in ancient times. Rusted and battered tanks, armored vehicles, and other army equipment damaged and destroyed during the First Gulf War litter the ground. As clearly as the Mesopotamian seals and Greek temples, these burnt and twisted metal shells speak to the island’s continuing role in Middle Eastern history.