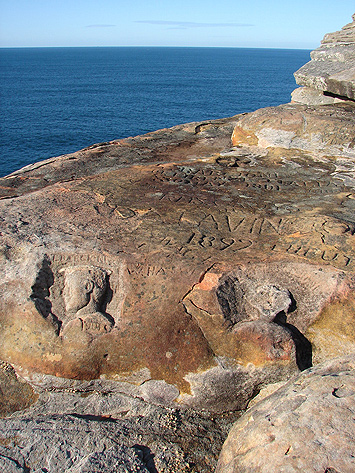 The North Head Quarantine Station near Sydney, Australia, was used to isolate people—usually newly arrived immigrants—suspected of carrying infectious disease. Between 1828 and 1984, 13,000 people passed through the station (more than 500 never left and were buried on site). Some of these people left records of their stays in the form of inscriptions on two sandstone outcrops at the site. The more than 1,000 inscriptions include everything from names and initials to medallion-like carvings to commemorative plaques. Many contain information about ships and their passengers. “They provide a material portal through which we can access something of the stories of the ordinary men, women, and children who migrated to Australia,” writes Annie Clarke of the University of Sydney. A more recent addition, likely from well after the site became a park, reads: “Rebecca will you marry me? Tim.” Good thing he signed it to avoid any confusion.