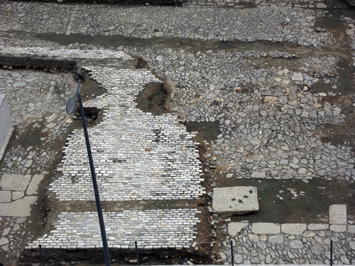 Even as the flame cauldron from the London 2012 Olympic Games cools, excitement is building for the 2016 Games in Rio de Janeiro, Brazil. Much as in London (“London 2012,” July/August 2012), construction and beautification projects around Rio are revealing the city’s past. Experts were aware of the historical significance of the run-down port near the center of town, so when redevelopment of the site began, so did an archaeological project. Excavations uncovered Empress Wharf (Cais da Imperatriz), so named to commemorate the arrival of Princess Teresa Cristina of the Two Sicilies to marry Emperor Dom Pedro II in 1843. Beneath it was another site, Valongo Wharf (Cais do Valongo). Built in 1811, it was the disembark-ation point for at least 500,000 enslaved Africans after their journey across the Middle Passage. In total, some four million Africans were shipped to Brazil between 1550 and 1888. Head archaeologist Tania Andrade Lima, of the Museu Nacional/Universidade Federal do Rio de Janeiro, says that Valongo represents a crucial part of the city’s history that had long been erased or concealed. 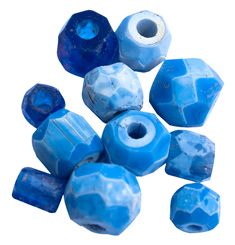 Valongo was a slave mercantile complex that included, in addition to the wharf, warehouses, markets, a quarantine station, and a cemetery. The excavation focused on pavements and two portions of the site where waste from both the upper classes and slaves accumulated: a natural rainwater drainage area adjacent to the wharf and the once-submerged area in front of the wharf. Tens of thousands of objects were unearthed, many of which were either taken from slaves, or lost or hidden by them. The finds include delicate bracelets, rings woven from vegetable fiber, charms, lumps of amethyst and stones used in African worship, and cowrie shells, then common currency in Africa. In 1843, Valongo and its brutal history were paved over for the arrival of the princess. Now, the city plans to restore that history. A new square displays the exposed remains of the Valongo Wharf and the Empress Wharf as an open-air museum dedicated to an examination of slavery and the African diaspora. The objective of this urban archaeology was to rescue the wharf from oblivion, says Lima, and to celebrate the ways that Africans have enriched Brazilian culture.

Visitors to Rio are sure to find beautiful beaches and wonderful food. A cable car ride up Sugar Loaf Mountain provides panoramic views of the city. The statue of Christ the Redeemer on the Corcovado is one of the wonders of the world, and the city is full of historic churches and museums.