Scientific analyses and experimental archaeology determine that mysterious, 1,000-year-old balls of clay found at Yucatán site were used in cooking

1 to 2 inches in diameter, approximately the size of a handful of clay 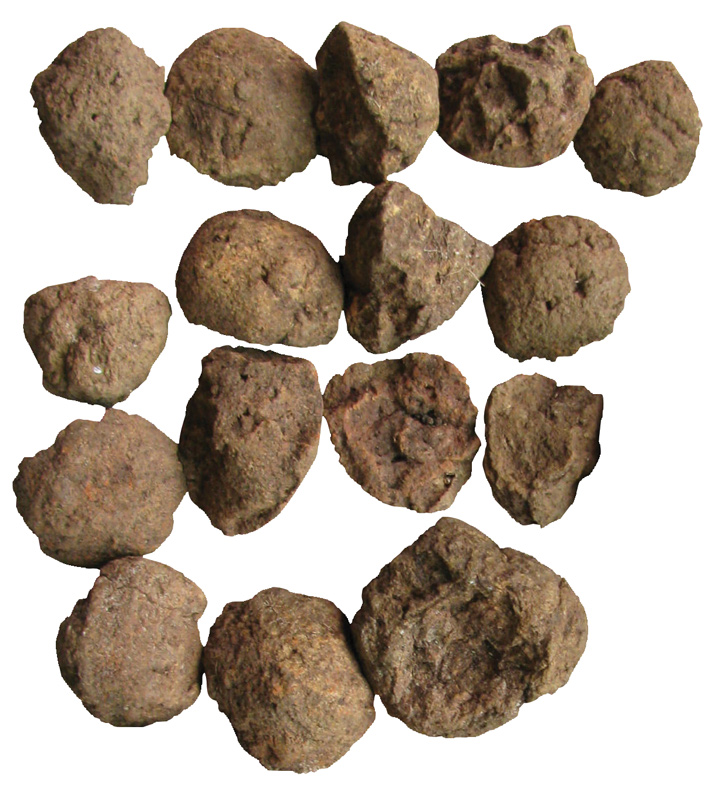 When archaeologist Stephanie Simms of Boston University uncovered dozens of fired clay balls at the site of Escalera al Cielo in Yucatán, Mexico, she wasn’t sure what to make of them. “At first I thought they could be slingshot ammunition or raw materials for pottery production,” says Simms. But by using sophisticated techniques to examine the artifacts on the microscopic level, as well as a battery of experiments, Simms and her team were able to reconstruct their entire history—from raw material to manufacture to use—and conclude that the balls had, in fact, been used for cooking.

The cooking balls were formed with local clay left over from pottery production or collected from the immediate vicinity, allowed to dry, and then fired. Once they had hardened, they were used to line a shallow pit and a fire was built on top of them. When the fire was reduced to embers, food was placed on the spheres, which would distribute the heat evenly. The entire oven was then covered in leaves and earth to seal in the heat. Simms found evidence that the balls had been heated to between 900 and 1,300 degrees Fahrenheit, temperatures consistent with cooking fires, and that there were traces of starch residues from maize, beans, squash, and arrowroot on the artifacts. There is ample ethnographic evidence of the use of this type of pit oven, usually lined with stones, in the region. It’s also possible that the cooking balls were heated and placed directly into pots containing soups or stews.