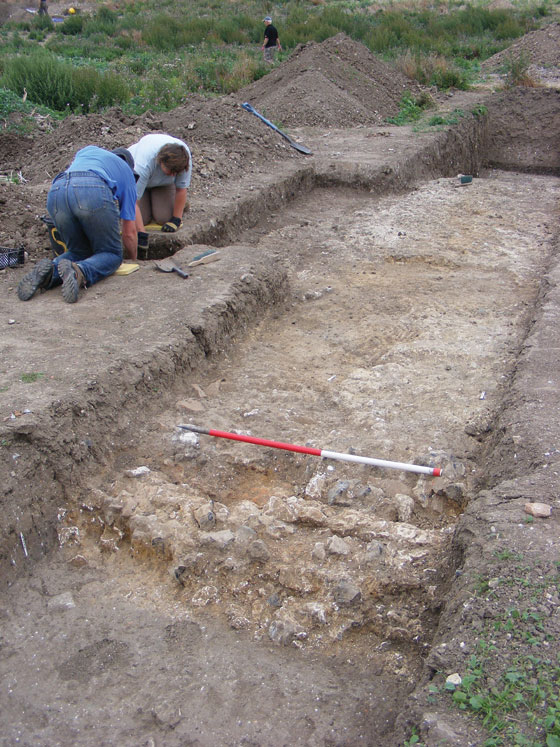 Outdoor Roman theaters are common in northwest Europe, but strangely absent from the British Isles. Now, a 2,000-year-old theater has been uncovered, cut into a hillside in southeast England.

Up to 12,000 people could sit in a semicircle of 50 rows of seats. Below was an orchestra pit and a narrow stage, featuring holes that may have allowed the stage to be flooded for aquatic displays such as naval battles. “It was like a spiritual form of the Glastonbury Festival, where people congregated to feast, fair, and communicate with the gods,” says Paul Wilkinson, director of the Kent Archaeological Field School.

The theater overlooks sacred freshwater springs, where inscribed rolls of lead were found which, perhaps, were requests to the gods. Foundations of two temple-like structures, with fragments of a fine, colored mosaic floor, confirm the site’s important sanctuary status. So why aren’t there more Roman theaters in Britain? “I think we just haven’t spotted them yet,” says Wilkinson.