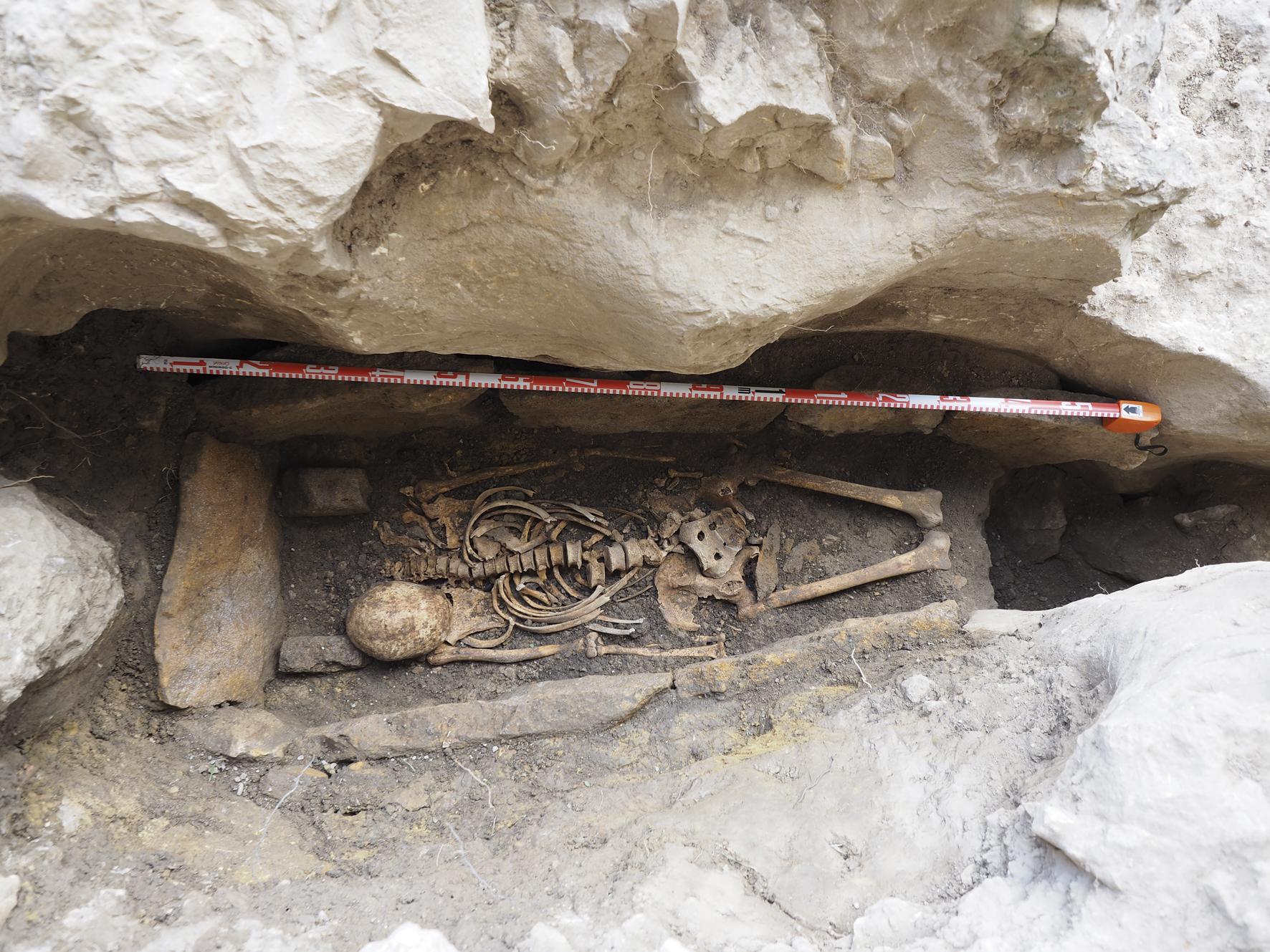 BURGOS, SPAIN—According to a statement released by the National Research Center on Human Evolution (CENIEH), a team of researchers has excavated a rock-lined burial placed near the entrance to the San Tirso and San Bernabé Hermitage, a medieval Christian site in Ojo Guareña, a series of caves in northern Spain’s Cantabrian Mountains. Archaeologist Ana Isabel Ortega said the site has been dated to the early eighth century A.D., pushing back the founding of the hermitage by several centuries to about the time of the arrival of Islamic Moors in Spain. The burial is thought to hold the remains of one of the first Christian hermits to live an isolated life in the caves. Ortega and her colleagues will now analyze the chemical composition of the bones and date them to learn more about the individual. To read about the rise of a Visigothic city in Spain amid the collapse of the Roman empire, go to "The Visigoths' Imperial Ambitions."