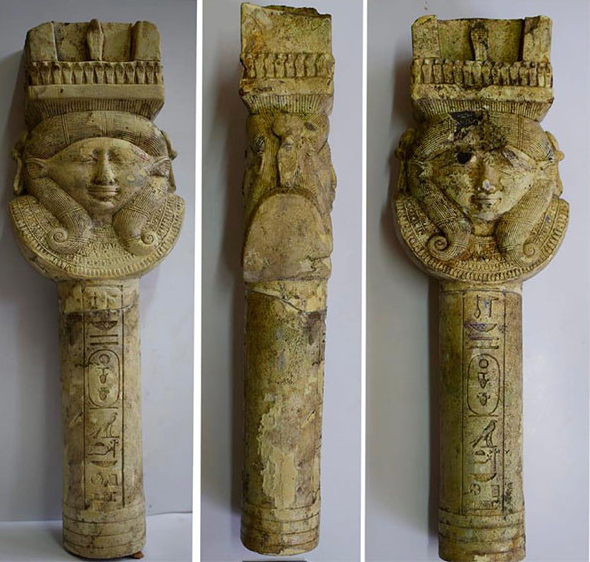 CAIRO, EGYPT—Ahram Online reports that researchers from Egypt’s Supreme Council of Antiquities have uncovered artifacts used in rituals honoring the goddess Hathor in the Temple of the Pharaohs at the site of the ancient city of Buto, which is located in the Nile Delta. The instruments, which date to the 26th Dynasty (688-525 B.C.), include a limestone pillar shaped like the goddess; faience incense burners, one of which is decorated with the head of the god Horus; pottery; statuettes of the deities Tawart and Djehuty; a maternity chair; an offering holder; a gold Udjat eye; and golden scales thought to have been used in the gilding of other objects. The researchers also found ivory carved with scenes of women carrying offerings and pictures of plants, birds, and animals; a limestone lintel carved with hieroglyphic texts; and part of a painting of a king performing a ritual in the temple. To read about the sacred site of Heliopolis on the Nile, go to "Egypt's Eternal City."