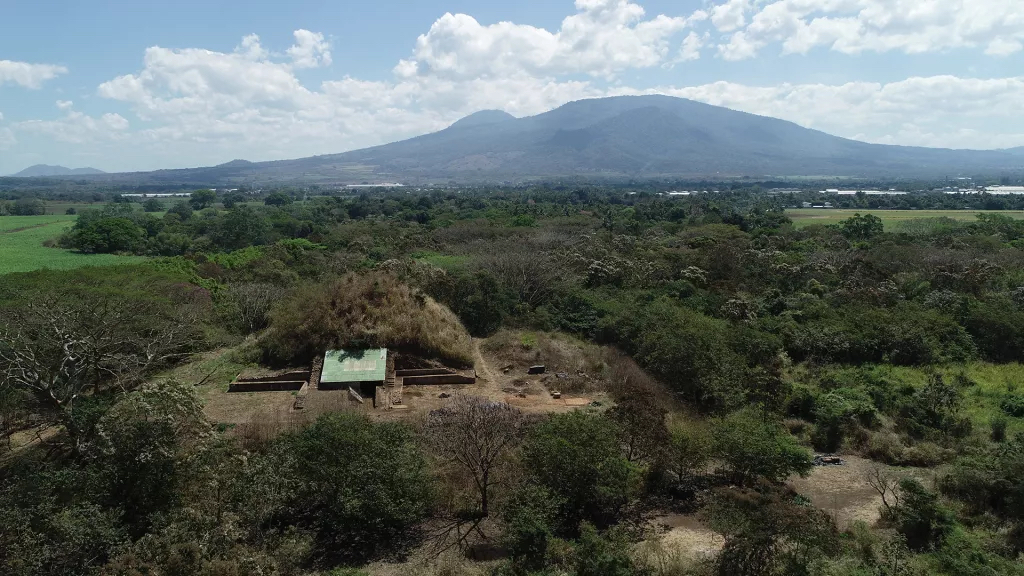 BOULDER, COLORADO—According to a Live Science report, the Campana structure, a Maya pyramid in El Salvador’s Zapotitán Valley, was built with cut stone, earth, and tephra ejected by the Tierra Blanca Joven eruption of the Ilopango caldera, which is located about 25 miles away. Recent radiocarbon dating of tree trunks in El Salvador indicates that the eruption occurred around A.D. 539. It had been previously thought that the Maya abandoned their settlements in the ash-covered region for centuries after the eruption, but archaeologist Akira Ichikawa of the University of Colorado Boulder said that the dating of carbon samples from the pyramid’s building materials suggests construction occurred between A.D. 545 and 570. Ichikawa thinks the inclusion of tephra in the pyramid could reflect the spiritual significance of volcanoes in Maya culture. To read about the only Maya city with an urban grid, go to "The City at the Beginning of the World."