Human Footprints in North America Dated to 23,000 Years Ago 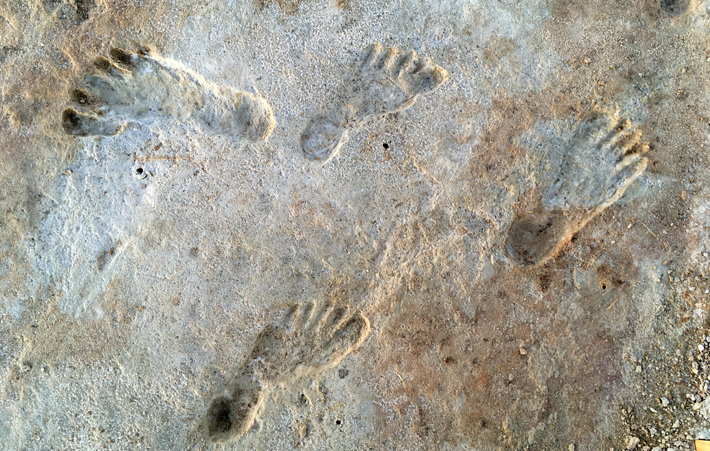 TUCSON, ARIZONA—According to a statement released by the University of Arizona, human footprints found in New Mexico’s White Sands National Park have been dated to 23,000 years ago. Jeff Pigati and Kathleen Springer of the U.S. Geological Survey radiocarbon dated seeds found above and below multiple layers of footprints left behind in stream beds at White Sands National Park over a 2,000-year period. The size of the footprints suggest they were made mainly by playing teenagers and younger children, but an occasional adult did visit the stream, said Matthew Bennett of Bournemouth University. It had been previously thought that migrants waited to enter North America until the melting of the ice sheets opened up overland migration routes, but these new dates for the site’s oldest tracks show that people had arrived in North America during the Last Glacial Maximum. The prints of mammoths, giant sloths, and other extinct animals were also found, indicating that they shared the landscape with humans. To read about pre-Clovis peoples in the Americas, go to "America, in the Beginning."